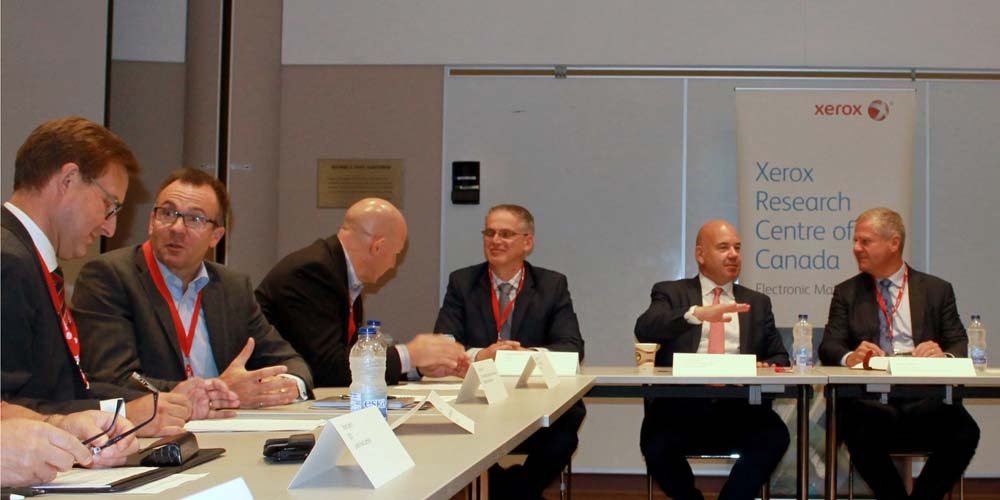 The Industrie 2030 roundtable, led by the CME, together with partners, was aimed at understanding the obstacles that stand in the way of commercializing new products, adopting advanced technologies, and growing business in Canada, and creating a plan to overcome them.

Xerox explains insights generated from the roundtable will provide a foundation for an action plan to double value-added manufacturing by 2030. The action plan will be released at the CME’s National Summit being held in Ottawa, October 18 – 19, 2016. The plan will help form policy advice provided to the Government of Canada through the Minister of Innovation Science and Economic Development’s national Innovation Agenda consultation process.