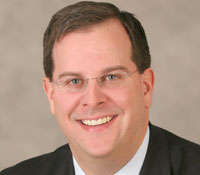 Yellow Media announced today that it will acquire Canadian Phone Directories Holdings Inc. (Canpages) for the sum of $225 million. The deal will combine two of Canada’s biggest publishers of directories.

“The acquisition of Canpages will accelerate our business transformation to the digital world,” said Marc P. Tellier, Chief Executive Officer, Yellow Pages Group. “Canpages has built a strong local search business and we are pleased with the prospects of joining forces. It will give us the opportunity to expand our sales force, online capabilities and customer offerings.”

Canpages publishes 84 printed directories across Canada and employs 700 people in Canada, of which 450 are sales consultants.

“I am confident that bringing together two experienced players in the local search industry will benefit both consumers and Canadian businesses,” said Oliver Vincent, CEO of Canpages. Yellow Media says Canpages directories will continue to be published after the acquisition is complete. The Canpages purchase involves $75 million in cash and $150 million in promissory notes.

At the same time, Yellow Pages Group, which is owned by Yellow Media, announced it will sell its U.S. directory business to Ziplocal LP, but terms of the sale were not disclosed.

Yellow Pages Group published its first directory in 1908 as a division of Bell Canada. The company went through numerous changes in the 1980s and the 1990s, eventually separating from Bell Canada and launching its IPO in August 2003. Since then, the company has aggressively acquired other directory publishers, including the Trader Corporation in February 2006.