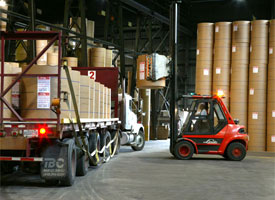 Richard Garneau, on the first day of January 2011, is to succeed David Paterson as President and CEO of Montreal-based AbitibiBowater, which, among its many forestry interests, is one of the world’s largest producers of newsprint.

Garneau’s appointment comes just days after AbitibiBowater announced it has successfully emerged from creditor protection under the Companies’ Creditors Protection Act (CCAA) in Canada and chapter 11 of the U.S. Bankruptcy Code. AbitibiBowater’s restructuring process began back in 2007.

“Today, after three years of very demanding work, the foundations for [AbitibiBowater’s] success are clearly in place,” said Paterson, “and I feel it is the right time to turn my time and attention back to the other people in my life who inspire me – my wife and family.”

Garneau joined AbitibiBowater as a member of the Board of Directors in June 2010. Most recently, he served as President and CEO of Vancouver-based Catalyst Paper Corp., from March 2007 to May 2010.

“AbitibiBowater is a company with a long history, skilled and dedicated employees, and a determination to succeed as a profitable and sustainable enterprise,” said Garneau. “Dave Paterson and his team have laid the foundation for a future success story, and I’m excited for the opportunity to help write its next chapter.”