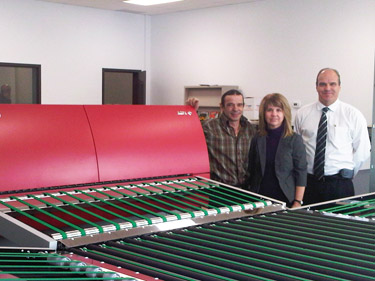 In February of 2011, Imprimerie F.L. Chicoine, traditionally a sheetfed-press printing operation, announced its acquisition of a 4-unit Goss Sunday 2000 web offset press – along with plans to establish a new web-offset division.

The 24-page-format Goss press is integrated with Omnicon controls, as well as the Contiweb CS splicer, Ecocool dryer, PCF-1 combination folder and a PFF-2 former folder.

Founded in 1986, F.L. Chicoine is based in St. Germain-de-Grantham, situated mid-way between Montreal and Quebec City. Today, five of the owners’ children are involved with the company, either as managers or shareholders.