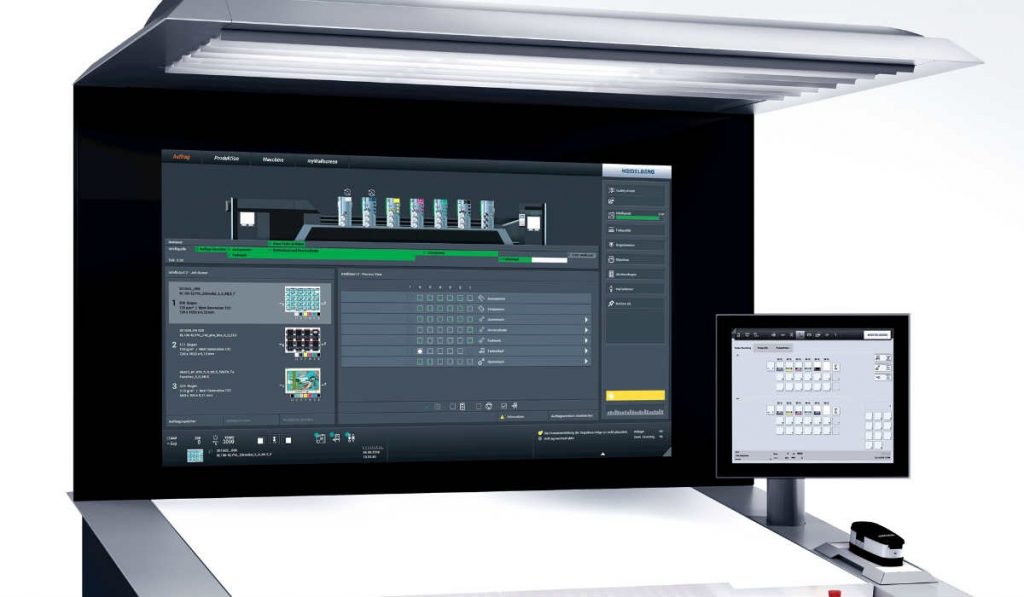 The company’s most recent XL106 press is equipped with an Anilox AQ coater and Inpress Control, which CJ Graphics explains will be directed toward Heidelberg’s recently introduced Push To Stop operating philosophy – unveiled at drupa 2016 in conjunction with its Press Center XL 2 with Intellistart 2 technology.

The Push to Stop concept is to have the press initiate a series of print jobs that are properly queued up by Heidelberg’s Prinect software, which also relies on the new-generation Press Center XL 2 console, Intellistart 2 and assistance systems such as Intelliguide.

Depending on ink layout down and imposition, print jobs can then run consistently without operator intervention. Ultimately, the technology platform can also leverage colour management tools to reach pre-specified Delta levels and tagging systems in the press delivery.

Push to Stop is available for the new generation Speedmaster, covering the series XL 75, CX/SX 102, XL 106 and XL 145/162, which are equipped with the Prinect Press Center XL 2, the Wallscreen XL, and AutoPlate Pro or AutoPlate XL 2 and Inpress Control 2 automation components.