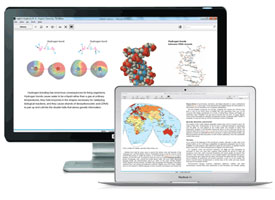 The Association of American Publishers (AAP) has published an report which says that in 2012, U.S. Trade publishers’ net revenues grew by 6.2 percent over 2011.
The data, based on numbers provided by 1,193 publishers, also notes the rapid growth of eBooks which now accounts for 22.55 percent of revenues compared to 16.98 percent in 2011 and just 3.17 percent in 2009. When the report started tracking eBook numbers in 2002, the number was at 0.05 percent.
In formats, Adult Fiction/Non-Fiction saw growth in eBooks, downloaded audiobooks and paperbacks while Children’s and Young Adult eBooks, hardcover and board books saw increases. The eBook format in the Religious Presses category also grew as compared to 2011.

According to a report by Publishers’ Weekly last fall, Canadian publishers reported that digital book sales were estimated to be 12 to 13 percent of the book market for 2012, up from the 12 to 13 percent figure of 2011.