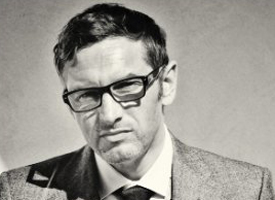 Christoph Gamper becomes Chief Executive Officer of Durst Phototechnik AG and all of its subsidiaries. He succeeds Dr. Richard Piock, who was in charge of the industrial inkjet maker for more than 20 years.

“We are very happy to have found a worthy successor to Dr. Richard Piock and his outstanding achievements,” said Christof Oberrauch, representative of Durst’s owner family and outgoing Chairman of the Board of Directors of Durst. “Under Dr. Piock, Durst managed the transition to a globally leading producer of industrial inkjet applications. It is now Christoph Gamper’s task to continue this development, to access new markets and to advance our internationalization.”

Since July 2011, Gamper, also named the company’s Executive Vice President, has been responsible for the industrial segments of Durst Phototechnik AG and the organization and development of the new textile division. Prior to his career at Durst, Gamper was European Managing Director and then VP of the colorimetry company Datacolor AG. In Zurich and New York, he was responsible for developing the company’s European business activities, and later for the division’s global expansion. He has also held managerial positions with kdg AG and Koch Media.

“I am very happy to be given the chance to incorporate my international experience here at Durst, and to advance the adaptation of high-end technologies in different industries,” said Gamper, who is described as a passionate photographer. “We have the technological know-how and the innovative drive, and we will continue to expand our presence in the international markets.”

Gamper was actually born in South Tyrol, Itally, close to where Durst Phototechnik AG is headquartered in Brixen. The company also operates Durst Phototechnik Digital Technology GmbH, its research and production facility in Lienz, Austria, and various sales and service offices in North and South America, Europe, Asia and India. Dr. Piock has joined the Board of Directors as President of Durst Phototechnik AG.