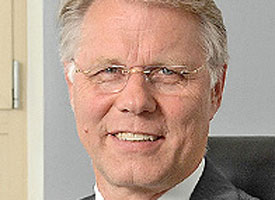 Press maker KBA has announced it has seen its equipment orders in the last six months increase 39 percent over the previous year. This has resulted in the groups sales increasing 4.5 percent at 473.2 million Euros. Despite these positive numbers, however, the company still incurred a pre-tax loss of 22 million Euros for the half year, 21.3 million Euros of which the company says incurred in the first quarter.Sales of sheetfed presses climbed 5.3 percent to €199.3 million Euros and sales of web and special presses were up 3.9 percent at €273.9 million Euros.“We are confident that the substantial improvement in performance compared to the first six months of 2009 will continue for the rest of the year, and that we shall post a single-digit rise in sales and a bigger pre-tax profit than the €2.7m in 2009,” said KBA CEO Helge Hansen. “Precisely how high earnings are will essentially depend on our niche markets, with their shorter business cycles, on our customer services and on a sustained economic revival.”The company says it continues to seek acquisitions or collaborative alliances with new partners, but negotiations so far has not proved fruitful. Last week, rumours based on comments made by Hanson to German newspaper Handelsblatt regarding a potential merger between KBA and manroland were “fiercely” dismissed by the latter party. Last year, negotiations between manroland and Heidelberg also failed to yield a result.“Further options are being pursued with the due diligence and patience essential in the current business climate,” said Hansen. “While KBA has ample reserves to finance any promising project, we are in no hurry and have no desire to enter a venture with an uncertain outcome.”KBA has made major cuts to its workforce during the recent economic downturn. At the end of June the KBA group employed a total of 6,445 people, almost 1,000 fewer than at the same time last year (7,411) and 1,700 below the pre-crisis peak in summer 2008. Staff reductions continue, and when completed, will result in a payroll of around 6,100.