Rudi Lenz, current CEO and President of Sun Chemical Corp., takes on more responsibilities following his appointment to become an Executive Officer of DIC Corporation. He moves in to the role at DIC, which is the parent company of Sun Chemical, beginning April 1, 2011. 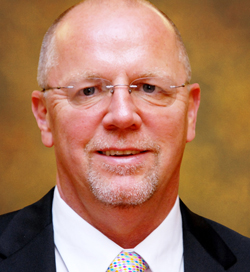 DIC describes itself as the world’s largest producer of printing inks and pigments, while also providing materials to packaging, publication, coatings, plastics, cosmetics, and other industrial markets. With annual sales of more than US$3.5 billion, Sun Chemical has over 9,500 employees around the world.

“Mr. Lenz assumed the role as CEO and President at Sun Chemical during very challenging times in the industry, globally,” said Kazuo Sugie, CEO and President of DIC. “He has done an outstanding job in this role despite these uncertainties. He will assume responsibilities for the DIC Group’s overall operations in the United States and Europe as an Executive Officer of DIC.”

A native of Germany, Lenz began his career in accounting and tax with the German Internal Revenue Service in 1976. In 1980, he joined Garrett Corp. as an accounting manager in Frankfurt. He was promoted to controller and then promoted through a series of financial and accounting positions, ultimately leading the financial and administrative functions as CFO of Garrett GmbH.

In 1997, Lenz joined Fairchild Dornier Corp. as Executive VP and CFO. He was promoted to CEO of Fairchild Aircraft in January 2001 and resigned in February 2002 to join Sun Chemical.