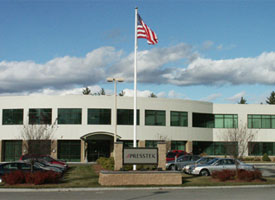 “We are excited to combine the financial resources of AIP with the strong product portfolio of Presstek,” said Stanley E. Freimuth, Presstek’s Chairman, President and CEO. “We believe that this combination will help to fuel the growth of the company, which has been challenging over the past few years as a result of the worldwide economic downturn.”

Presstek’s shareholders will receive $0.50 in cash for each share of the company’s common stock, a premium of 16.3 percent over the closing share price on August 22. While the sale has been unanimously approved by Presstek’s Board of Directors, the deal still needs to be approved by shareholders. The company says the deal is expected to be completed during the fourth quarter.

Presstek was founded in 1987 based upon its direct imaging laser applications. Since then the technology has found its place in presses from Ryobi, Heidelberg, Xerox, KBA and Kodak. The company also developed and released its “chemistry-free” CTP devices. In 2004, Presstek acquired ABDick and Precision Lithograining. Today the company holds over 400 patents relating to the printing industry.