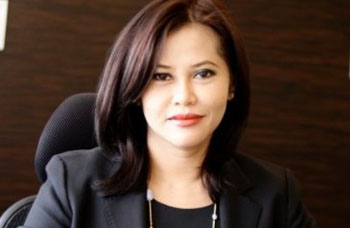 Asia Pulp & Paper states it engaged the Rainforest Alliance to provide an independent evaluation of its Forest Conservation Policy, which was first announced in February 2013. Rainforest Alliance’s evaluation, released last week, concludes that the company has made moderate progress towards meeting its commitments.

Asia Pulp & Paper Group is the trade name for a group of pulp and paper manufacturing companies in Indonesia and China. Started in 1972 with Tjiwi Kimia producing caustic soda, APP now runs operations across Indonesia and China with an annual combined pulp, paper, packaging product and converting capacity of over 19 million tons per year.

“The FCP is an unprecedented initiative developed by APP, TFT and Greenpeace to define a new standard and a new business model for achieving zero deforestation in the supply chain,” said Aida Greenbury, APP’s Managing Director of Sustainability. “We’re pleased that the Rainforest Alliance has recognized the progress we are making. We believe today’s report shows that our efforts to achieve Zero Deforestation are on the right track.”

Greenbury continues to state APP’s implementation measures of its FCP will evolve with experience and that the report has highlighted a number of areas that require additional focus. “We also believe that an evaluation like this puts a global spotlight on the issues currently at play in Indonesia’s forests,” said Greenbury. “We have been calling for other stakeholders to support us with our Zero Deforestation Policy because forest continues to be lost due to factors that, despite our efforts, we cannot completely control, such as encroachment, forest fires and illegal activities.”

“In 2013 APP set out an ambitious program for change. The Rainforest Alliance has found that APP has made moderate progress to implement the many commitments embedded in its FCP during the 18-month period we evaluated,” stated Richard Donovan, Rainforest Alliance Senior VP of Forestry. “Key steps have been taken, such as halting the clearance of natural forest by its suppliers. As with any major change initiative there remains work to be done to put the policies and procedures that have been developed into action in the field. Rainforest Alliance encourages APP to continue on the path set out in the FCP.”