He may have retired 25 years ago, but his company is still the industry leader 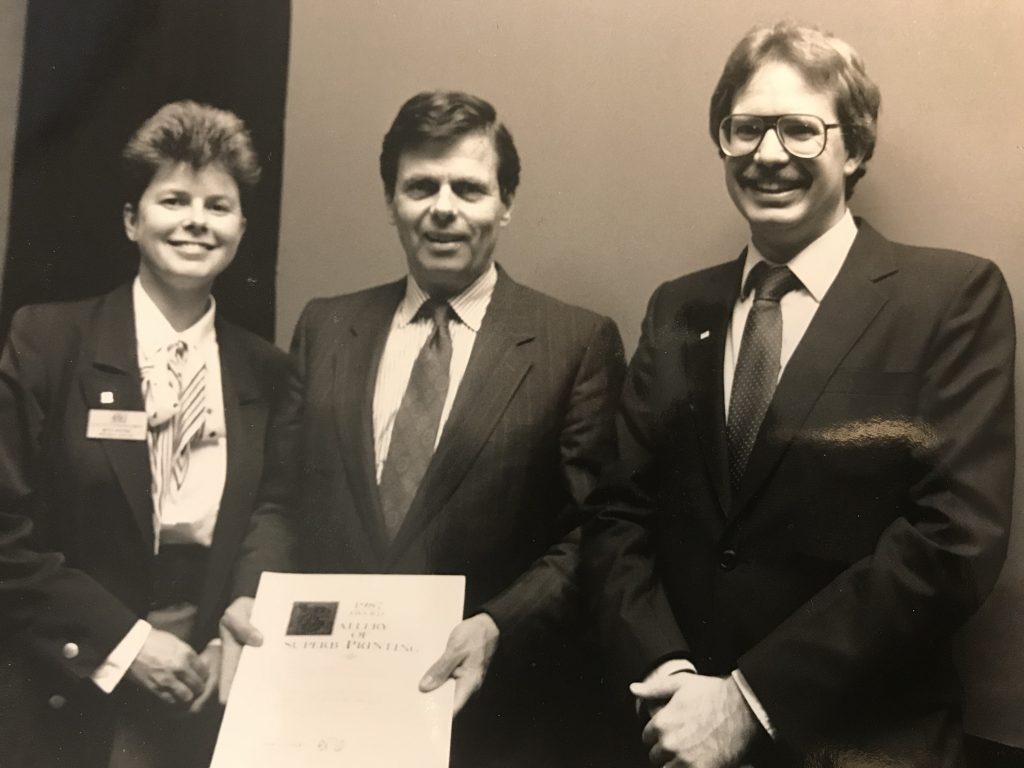 As PrintAction celebrates its 60th anniversary, it’s appropriate to focus on print icons who can inspire us. When we asked current industry leaders from across Canada about the importance of marketing for PSPs, they all mentioned Arthurs-Jones (AJ). So, we reached out to Duncan McGregor, the man responsible for making a good company a great one!

McGregor retired 25 years ago, but his company is still remembered as the industry leader. He told us his company’s mandate was to “be the best printing company in Canada.” He instilled in the 160 staff members at AJ that “commercially acceptable” quality was unacceptable. In order to be the best, everyone in the plant had to be committed to quality. Therefore, they did not have a QC department because everyone was authorized to stop a job if there were quality issues.

Quality is much more than a slogan at AJ; there’s a stress on the right combination of technology, tools, training, skills and attitude. McGregor made sure AJ was equipped with the best technology. It was a Heidelberg shop, which meant work could be transferred from one press to another seamlessly. McGregor shares the story of producing an annual report for a large U.S. client. The client was onsite for press approvals, and he overheard the client telling his office he would return in two days instead of a week, since they were running all the signatures on different presses so they would finish in half the time others would take.

To demonstrate to clients that AJ produced the best quality, they would enter work into quality competitions like the Gallery of Superb Printing, which was run by the Craftsmen Club. He would then frame the awards and present them to their customers.

To build a name and reputation for quality, McGregor focused on the annual report (AR) market. He was warned that there were other, more established companies in that space, but he persevered and became the industry leader. Additionally, AJ’s reputation and track record allowed it to be awarded work even if they were not offering the lowest price. They needed to be competitive, but customers recognized the value-add provided by AJ warranted a premium.

AJ would also host an AR show, and invite art directors and corporate decision-makers to join them to learn the latest techniques, papers, trends and coatings that could be used to enhance their reports.

Once AJ built a reputation for best quality annual reports, they then focused on expanding sales. At one point, the annual reports for all of Canada’s major banks were produced by AJ.

To stay ahead of competition, AJ invested in innovation and R&D. They developed varnishing techniques that had not been used before. They managed their paper lifts in small piles, and while this may not have been the most efficient, quality and colour was more consistent. They developed new colours and combined metallic silver with PMS colours to achieve unique effects.

One key requirement was the team. They retained key staff, provided a healthy work environment, and had strong leaders for all departments including manufacturing, sales and operations.

Customer focus was a constant endeavour, and they would frequently meet to see what could they do differently and better. While this extra effort came at a price, customers were willing to pay because they recognized the added value AJ offered.

Bob Dale and Nicole Morrison are with Connecting for Results, Inc. They can be reached at info@connectingforresults.com.