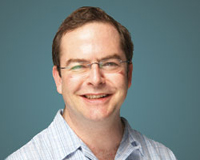 Publishing pundit Thad McIlroy has produced a major report on Adobe’s planned US$1.8 billion purchase of Web-analytics firm Omniture, announced on September 15. This marks the first report to be produced by Thefutureofpublishing.com, which McIlroy founded to monitor and analyze the strategic directions of digital publishing.

The report, which is to be made available on October 12, 2009, is designed to capture “the big picture of this deal and its even larger implications”, which includes a detailed look at the adoption of Web-based analytics, as well as the strategies of tightly integrating marketing-and-design functions together – “and the potentially troubling increased threat to privacy on the Web.” The report also includes interviews with customers as well as Adobe and Omniture executives.

“I feel confident that The Future of Publishing team has got a fix on the upside of the deal. At the same time we’ve analyzed the possible negative implications and these are fully discussed in the report,” said McIlroy. “After weeks of debate and speculation, this report will fill in the blanks. How likely is it that the deal will deliver on the benefits promised by the two firms? What are the financial implications for each? What does it presage for the future of digital media?”