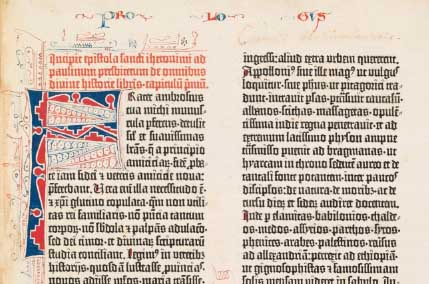 A colonel in Russia’s FSB security service received a 3 ½ year jail sentence for stealing and then trying to sell a bible produced by Johannes Gutenberg in the 15th century.

Reuters reported on the conviction handed out last week, which involved two other members of the FSB security service, and indicated colonel Sergei Vedishchev was seeking around $1.15 million for the rare printed work.

Reuters reported court spokeswoman Irina Zhirnova as saying the bible was taken from a safe at Moscow University, where Vedishchev was responsible for security. He was actually caught in a sting set up by the FSB.

Zhirnova continued to tell Reuters that the bible is “priceless” and would likely fetch at least $22 million on the open market. Zhirnova also confirmed a report that first appeared in Russia’s Kommersant newspaper that a page of the bible had been damaged during the incident.