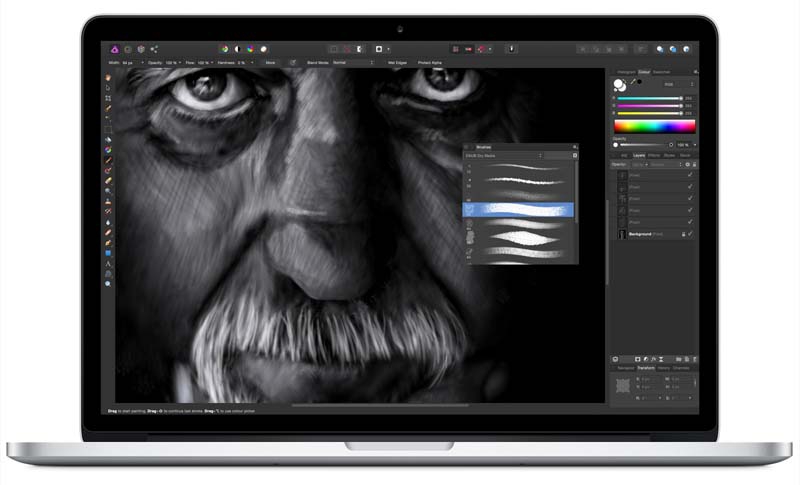 Serif Software, after five years of development, launched its Affinity Photo image-editing application on the Mac App Store. This is the second application in an all-new suite of professional creative software for the Mac being developed by Serif.

Affinity Photo was originally launched as a public beta in February (culminating in over 230,000 downloads), including capabilities such as RAW processing, PSD import and export, 16-bits per channel editing, and ICC colour management.

Serif also promotes its speed, explaining whether working on a 100-megapixel image or a complex composition with thousands of layers, a user can still pan and zoom at 60 fps and see live views of all adjustments, brushes, blend modes and filters with no compromise.