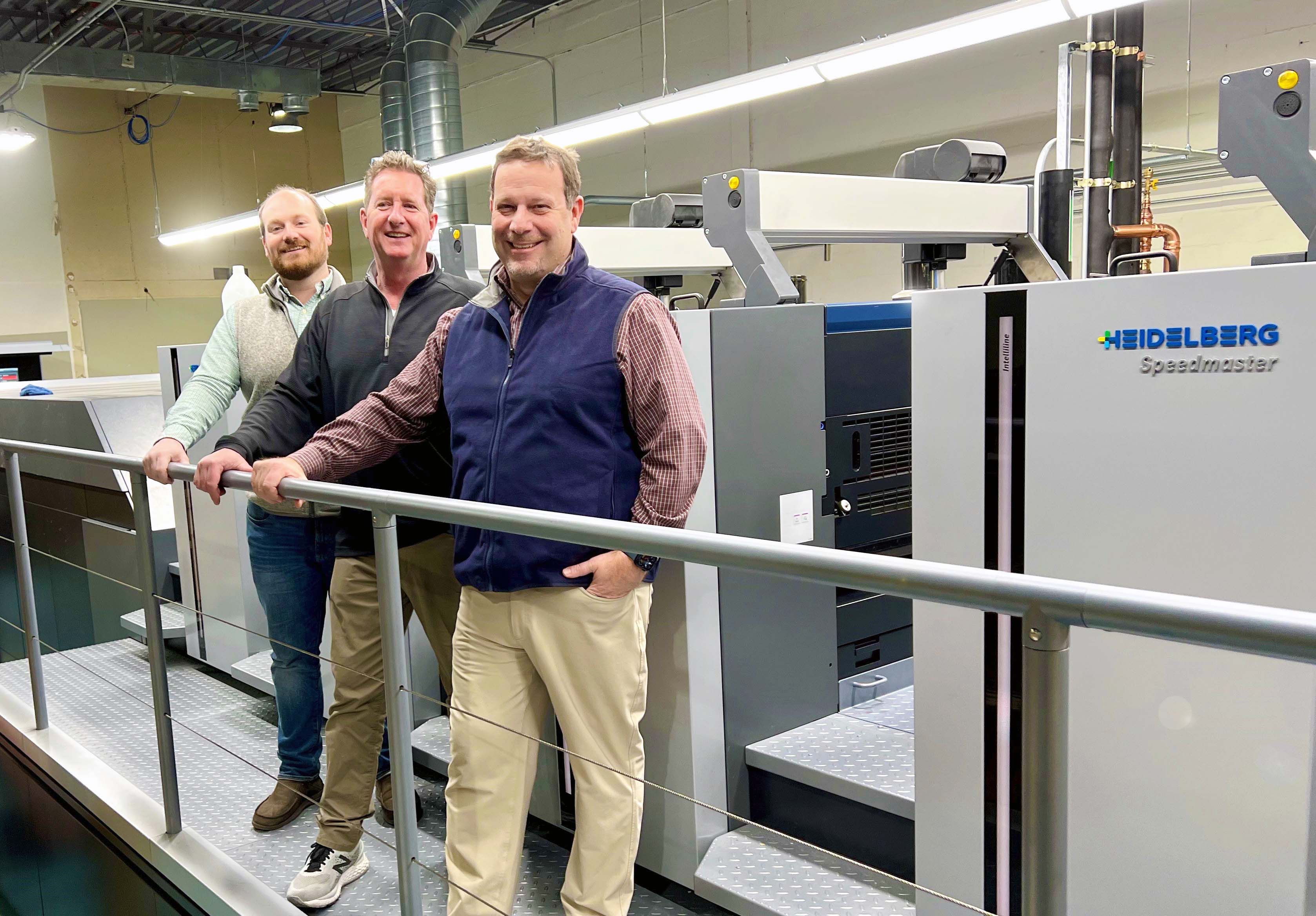 Sterling North America, a commercial printer specializing in serving the financial industry, has experienced exponential growth over the last few years. With some of its presses beginning to age, the Hauppauge, New York, printer could no longer keep up with its increasing demands. Needing faster production speeds and quicker makeready times, Sterling recently completed installation of a new Speedmaster CX 104 from Heidelberg, the first-of-its-kind in North America.

Sterling, who serves many time-sensitive customers nationwide, prides itself on having the fastest turnaround times amongst its competitors. To achieve this, the company mans most of the equipment in its new 75,000-sf facility around the clock. Even with 24/7 production, the company could no longer keep up with the increase in business it was seeing due to the consolidation of printers in its area. The company, which historically has purchased used Heidelberg presses in the past, decided it needed to invest in new technology to keep its edge over its competitors. According to owner Ed McAllister, “We needed an upgrade in speed and to be significantly more efficient, especially with makereadies.”

Sterling’s new five-colour, hybrid Speedmaster CX 104 with coater is equipped for both conventional and UV production. New to UV, Sterling will initially run the press conventionally, but according to McAllister, “We see the future as UV printing and hope to run it exclusively UV down the road.”

The CX 104, introduced by Heidelberg in 2021, runs up to 16,500 sheets per hour, which is a significant increase in speed over Sterling’s current presses. Additionally, the company will see efficiency improvements from the press’s fast makeready times.

“With our current presses, makereadies can take up to 60 minutes and 600 sheets,” said vice-president Eric Davis. “With the new press, we are looking forward to cutting makeready times to as little as five to 10 minutes.”