Tassos Siriopoulos founded Tower Litho Co. in 1971 with a single-colour press and 750 square feet on The Danforth. Now led by his sons, Dino and Paul, the trade-only shop runs three 40-inch Heidelbergs, a 28-inch perfector and full finishing. 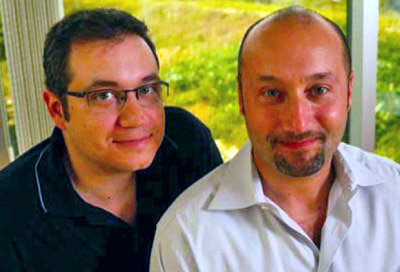 “Growing up with a craftsman and perfectionist was a challenging experience at times,” writes Dino Siriopoulos, in a document describing Tower’s 40-year rise in Toronto’s printing market. “I remember working the summers at Tower Litho when I was 13 years old. Indeed, it was not the most pleasing memory considering all my friends were playing outside and I was inside making boxes and sweeping floors.”

Paraphrasing his father’s advice from those early days, Dino Siriopoulos then describes what he refers to as valuable lessons in both life and character: “Work and do your best and the rewards will come, without taking any shortcuts. Don’t look for the rewards, just look to do a good job.”

Tower Litho has been a referral-based business for the past 40 years, which is why the Siriopoulos brothers are still comfortable in describing their operation as trade-only despite the blurring customer lines of today’s marketplace.

The company is now housed in a 25,000-square-foot facility, which Tassos moved into back in 1989. Tower actually only reached a maximum employee level of nine, including five family members, over its first 20 years. Paul and Dino joined the company soon after university and have been instrumental in Tower’s growth for the past two decades.

“We all worked and considered the company as our company, not my dad’s job,” writes Dino Siriopoulos.

The company now employs over 40 people and lists several clients who have been bringing Tower work for more than 20 years. Today, Tower is fully colour managed and runs a significant amount of its work at 400-lpi, based on Heidelberg’s hybrid-screening technology. The company’s finishing department holds over 10 pieces of machinery, including a 4-pocket Muller Martini saddle stitcher, a 6-pocket Heidelberg ST-100 stitcher, three Stahl folders, and Polar and Lawson cutters.

“Our father still comes in the shop every day and the three of us have lunch together and discuss Tower Litho, amongst other topics,” writes Dino, who recalls the times he boarded a bus with his mother to bring Tassos dinner after the shop first opened. “The family atmosphere still and always will prevail.”