X-Rite Inc., the parent company of Pantone LLC and a global power in colour management technologies, is to be lead by Ron Voigt after Tom Vacchiano retires on March 1, 2013. 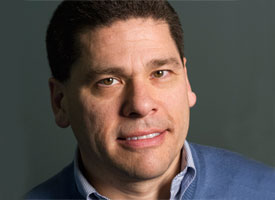 Vacchiano is to take on an advisory role after he officially retires to help with X-Rite’s leadership transition. Largely under Vacchiano’s leadership , X-Rite has become the world’s dominant player in colour imaging science and technology, first by acquiring Amazys, owners of Gretag–Macbeth, in 2006, and then Pantone Inc. in 2007.

X-Rite itself was purchased for approximately $625 million by Danaher Corporation in April 2012. Danaher is also the parent company of leading brands like Esko and Videojet. Today, Danaher employs over 59,000 associates working with customers in more than 125 countries. In 2011, the company generated $16.1 billion of revenue.

“Over the last several years, X-Rite and its subsidiary Pantone have become high performing businesses and global leaders in our industry,” said Vacchiano. “I’ve thoroughly enjoyed my time as part of this team, and now is the right moment for me to pursue a new course and let X-Rite grow with new leadership.”

Voigt has held global leadership positions at Danaher and Delphi over his 25-year career. He most recently served as President of Commercial and Services Operations at Tektronix. Prior to that, Voigt was President of Kollmorgen. Before joining Danaher, he held a number of leadership positions at Delphi including divisional leader, vice president, business unit leader and managing director of European Operations.

Voigt earned a master’s degree from the Tuck School of Business at Dartmouth and a bachelor’s degree in Electrical Engineering from Kettering University. He is based in Kentwood, Michigan.