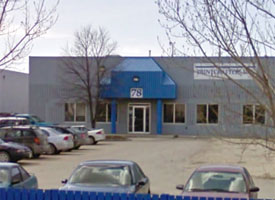 Winnipeg-based Printcrafters has shut down due to millions owing to its creditors. The closure has left more than 125 people out of work.

According to a report by the Winnipeg Free Press, The Printcrafters Group of Companies owes the Royal Bank of Canada close to $4.5 million, plus $2 million to Xerox, $1.2 million to CIT Financial and a further $2 million to unsecured creditors.

Ernst & Young is the court-appointed receivers and according to the Free Press, said it does not anticipate there being any funds available for unsecured creditors.

Printcrafters was founded in May of 1996 by 11 employees. In March 2005, it acquired Westcan Printing Group and in June 2007, it acquired Dave’s Quick Print. Acquisitions continued in January 2008 and March 2009 with Kildonan Printing and Globally Boundless respectively. An undated statement on the company’s website it says its “10 year goal is still to be $100,000,000 in sales with various plants throughout Canada and the USA.”

President and CEO Bob Payne could not be reached for comment.