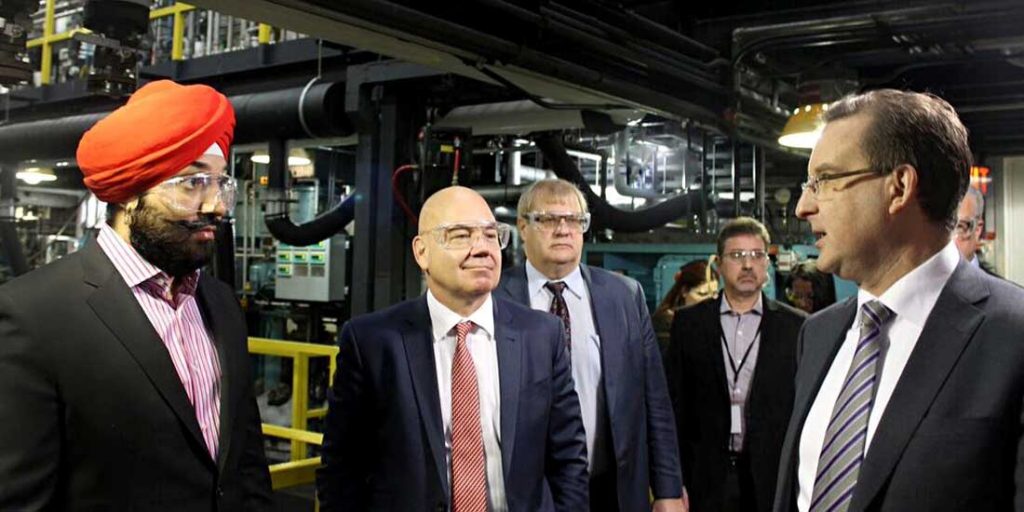 Canadian Federal Minister Navdeep Bains spent his January 15 afternoon touring the Xerox Research Centre of Canada (XRCC), which is the company’s global hub for advanced materials research and development, as well as one of the leading such facilities in Canada. Bains, a Liberal, is the current Minister of Innovation, Science and Economic Development, a Federal position reconstituted – from Minister of Industry – by Justin Trudeau’s new government.

In July 31, 2015, the National Research Council of Canada (NRCC) announced plans to invest $25 million to build a new Advanced Materials Manufacturing Centre in Mississauga on the XRCC campus. Xerox is to collaborate with the NRCC to bring the centre’s advanced material developments to market, primarily focusing on the manufacturing industry that employs approximately 1.7-million Canadians.

Canadian manufacturers, according to the NRCC and XRCC, will benefit from this new centre focused on developing smart materials for the medical, automotive, aerospace and defence industries around the world. The $25 million funding was in response to former Prime Minister Stephen Harper’s November 2014 announcement of $380 million being put toward federal laboratories – itself part of a larger $5.8 billion commitment to build and renew public infrastructure across the country.

Xerox, one of the top 100 R&D investors in Canada, is self-described the only multi-national company in the document technology industry conducting value-added advanced materials research in Canada. XRCC employs around 100 scientists and engineers, who collectively represent more than 35 countries around the world.  XRCC generates approximately 150 patentable ideas each year and XRCC researchers hold more than 2,000 U.S. patents.