Peter Wilkens, President and CEO of Agfa Graphics North America, stands to gain an extensive distribution network in the United States after the Belgium-based technology company announced an agreement to purchase Pitman Company. 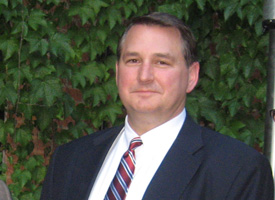 The move boosts Agfa’s annual revenue in the U.S. to over US$500 million. The company also states that the EBIT margin of the Pitman business is expected to be inline with Agfa’s seven percent global EBIT target. As well, Agfa will expand its product portfolio most notably in the areas of prepress, inkjet (media, inks and wide-format devices), and packaging (flexography plate solutions).

“One glance at Pitman’s extensive catalogue is enough to understand that we will considerably expand our scope,” stated Stefaan Vanhooren, President of Agfa Graphics’ worldwide operations. “One of the main drivers behind this decision was the fact that we gain a unique opportunity to significantly grow our inkjet business.”

A few days before the Agfa-Ptiman deal was announced, Kodak released a statement that it had ended its distributorship agreement with Pitman. Kodak stated it notified Pitman that it is terminating Pitman’s right to distribute all Kodak products, to take effect at the end of business on October 5, 2010. “Kodak is expanding its relationship with xpedx because we believe it will support the best interests of our customers,” stated Don Whaley of Kodak North America.

Pitman issued an immediate response to Kodak, stating that it remains committed to its customers in the U.S.-based printing industry. Based in Totowa, New Jersey, Pitman has 502 employees across 16 locations in the United States. The company celebrated 100 years in business back in 2007.