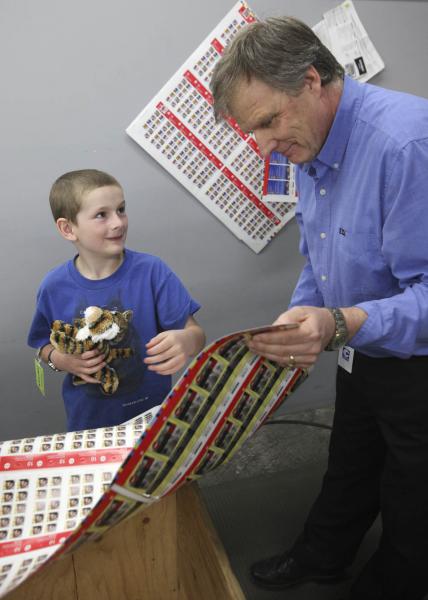 Peters’ winning design, entitled Floating Adrift, was created with plasticine on board. It features a sailboat floating on a blue ocean with a smiling green fish jumping up out of the water.   He went on a guided tour of McAra Printing’s Calgary production facility to learn how his stamp was ultimately produced on the company’s Heidelberg XL 105 press.

The Deliver Hope stamp design contest was open to youth 15 and under to raise awareness and funds for the Canada Post Community Foundation. Canada Post uses the fund to support the volunteers, local and national non-profit groups who work to provide a brighter future for Canadian children.

The Deliver Hope stamps will be available for purchase at Canada Post outlets beginning in September.