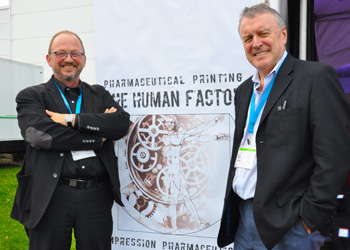 CCL Label has completed an expansion of its facility in Saint-Bruno (a suburb of Montreal), a process which took over six months, cost close to $5 million, and added 20,000 square feet. The expansion included the updating of the plants flexographic printing presses.

CCL Label Montreal is the only entity in Quebec dedicated completely to the pharmaceutical industry. Originally known as Graphiques Apex, CCL Label Montreal has been specialized in printing and folding of information leaflets as well as pharmaceutical labels since 1984. In 2004, the company became a subsidiary of CCL Industries and now serves markets as far as Europe, Asia and Australia.

“In the past five years, we’ve seen growth of approximately 75 percent, and our workforce has expanded from 75 employees in 2008 to more than 140 today,” says Pierre Déry, General Manager of CCL Label Montreal. “This outstanding progress is the result of a constant quest for quality aimed at improving our response to clients’ requirements.” According to the company this latest expansion will eventually lead to the hiring of some 20 new employees.

In conjunction of this official opening, the company also held a trade exhibition called Pharmaceutical Printing, The Human Factor. CCL, with 40 suppliers, hosted 400 people in the pharmaceutical trade. The show included tours of the CCL Label Montreal facility.

In other company news, CCL also announced that it has signed a deal to acquire the assets of Advanced Packaging Films GmbH of Schkopau, near Leipzig, Germany. The deal is for $9 million in cash and assumed debt.

“This new capability allows us to design proprietary, specialty films for new sleeve and pressure sensitive label applications while improving our supply chain performance for part of today’s demand,” says Guenther Birkner, President of CCL Label’s Global Food & Beverage business. “It is an important strategic step as we seek to accelerate growth with global brand owners in the premium segment of this market. We remain the world’s largest trade buyer of heat shrinkable films for label applications from our valued supply partners.”