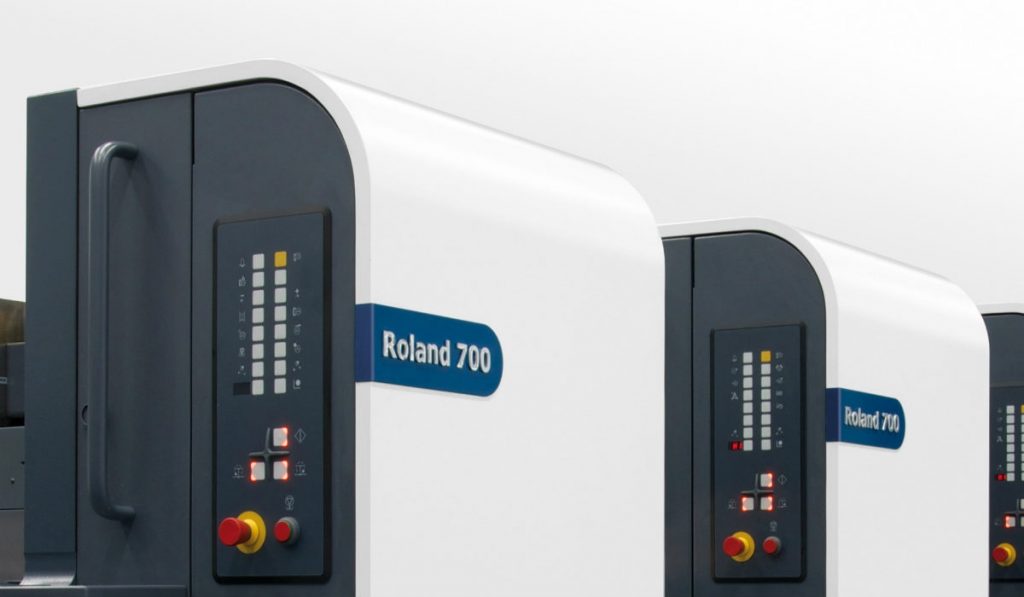 Canada’s first Evolution R708P, with LED technology, will be delivered this spring.

This is Friesens’ second major Manroland Sheetfed investment in the past three years, after installing what was the world’s largest perfecting press at 73-inches in mid-2015. That 8-colour, format 8, Manroland R900 HiPrint XXL perfecting press was targeted at short-run book work, with the company’s ability to slit down a 64-page format into a 2-up, 32-page imposition, inline. (This R900 XXL press installation was featured in PrintAction, September 2015).

The company’s new Evolution press will also be equipped with SAPL, described as an autonomous and simultaneous make-ready feature, which will allow Friesens to exchange plates in under one minute while simultaneously washing up the press. The press will also leverage Manroland Sheetfed’s InlineColorPilot system.

“We were first introduced to the InlineColorPilot system with the XXL,” said Byron Loeppky, Vice-President and GM, Friesens. “What impressed us most was the ability to calibrate the system including print register without needing to draw a sheet from the delivery. This saves us time and keeps press stability intact reducing the overall make-ready waste and time.”

A key technology on Friesens’ new Evolution press will be the addition of the optional LED UV upgrade. “It was time we made the transition into LED UV,” said Steve Voth, Pressroom Manager of Friesens. “Although most of our work is produced on uncoated stock, the necessity for quicker job-turnaround, running more unique papers that dry slowly, and obtaining some of the requested effects you can achieve when running LED UV.”

Founded in 1907, Friesens is well known for holding one of North America’s leading book facilities, but the company is also focusing on packaging work primarily through its think4D division which produces Tactile Packaging.