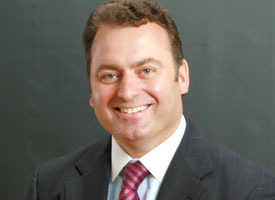 Peter Galanis becomes the President and Chief Executive
Officer of Hewlett-Packard Canada, as Paul Tsaparis, who has led HP Canada
since 1998, takes on a new VP role in the United States.
While most of his expertise resides on the
information-technology-side of HP’s business, much like the Canadian division’s
previous CEO (Paul Tsaparis), Galanis is to be responsible for all aspects of HP
operations in Canada, including the Graphic Solutions Business division, which
looks after the commercial printing sector in the country.
Galanis previously served as Director of Global Accounts for
HP’s Manufacturing & Distribution Industries business in the central
region. He brings more than 18 years of IT industry and enterprise experience
to his new role. He joined HP in 2006, after serving in various sales, channel
and marketing positions at EMC, Xerox and Sun Microsystems.

Paul Tsaparis, who has led HP Canada for the
past 12 years, becomes VP of Technology Support for HP Enterprise Business in
the Americas region.