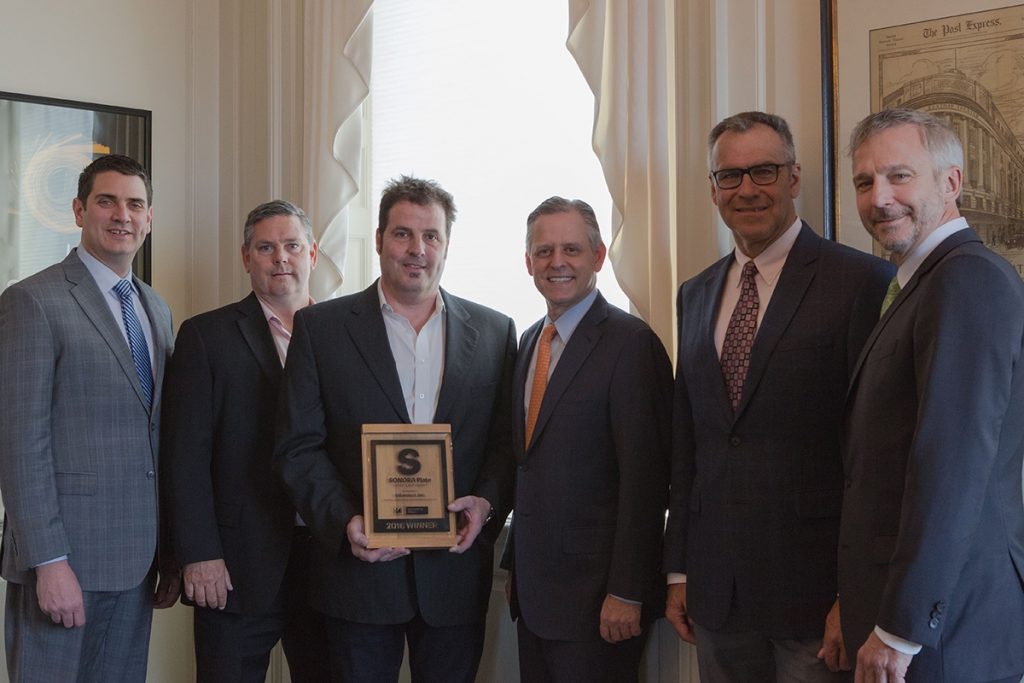 Last week in Rochester, NY, at Eastman Kodak’s headquarters, Informco’s Sandy Stephens received the 2016 Sonora Plate Green Leaf Award, which was previously announced in early 2017. Informco was one of eight printers from around the globe to win the award based on a program Kodak launched in 2014 to recognize customers who have demonstrated market-leading environmental progress through a variety of initiatives and best practices.

All of the printers are users of Kodak Sonora process-free plates, which hold a range of environmental benefits. The winning printers are also judged on practices like monitoring of energy and water usage, participation in community sustainability programs, and the use of eco-conscious materials and supplies. Sonora plates remove the need for a plate processor, which requires chemicals, water and energy while generating waste. Kodak predicts that 30 percent of its plate volume will be process-free by 2019.

Beyond its use of Sonora plates, Kodak explained, “Informco has long exemplified what it means to be a servant of the environment.” The Scarborough, Ontario, printing operation has been an ISO 14001 certified company for 18 years. “Their Environmental Management System enables them to set and achieve environmental policy objectives,” stated Kodak, about Informco. “Progress is monitored throughout the year and used to set goals for the following year. The company monitors energy and water consumption and VOC emissions and has made significant reductions in all areas.”