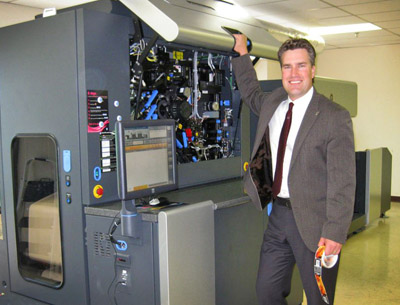 The acquisition of Canada’s first HP Indigo WS6600 press allows Jet Label to continue its growth with new products and service offerings. “The HP Indigo WS6600 digital press opens many doors for Jet Label,” said Darrell Friesen, co-owner of Jet Label. “This significant capital investment is critical to our company’s business development. We are excited to see how far this press can take us.”