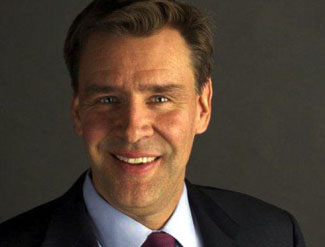 Kennedy, 50, joins Xerox from IBM, where he was Vice President, Global Business Services, responsible for marketing for the company’s business services division.

“John brings a global view and a proven track record of success changing brand perception and driving strategic business results through integrated marketing and communications,” stated Hervé Tessler, Senior VP and President of Corporate Operations, Xerox. “He is a natural choice to lead our efforts in the digital age and to strengthen and broaden the Xerox brand around the world.”

Before joining IBM in 1996, Kennedy worked with Procter & Gamble and began his career with NationsBank (now Bank of America).

“Xerox holds a unique place in the market as it transforms to a services-led, technology-driven company committed to helping clients focus on their core business,” stated Kennedy, who received his MBA from Harvard University, and bachelor’s degrees in economics and political science from the University of North Carolina at Chapel Hill.