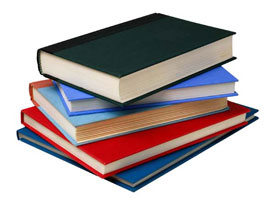 Amazon, the world largest retailer of books, has announced that its electronic book sales has surpassed the sales of hardcover books in its store.

The Kindle, Amazon’s electronic book reader, has been on sale for just under three years and has grown to encompass 650,000 books for sale, including 105 of the 110 books on the New York Times bestseller list. Kindle books are also available for sale on computers and via the Kindle iPad application. In the last three months, the company says that for every 100 hardcover books sold, it has sold 143 Kindle books. In the past month, that number has grown to 180 Kindle books sold for every 100 hardcovers.

Price, of course, is the major attractor to Kindle editions: over 510,000 Kindle books are sold at US$9.99 or less, including 75 New York
Times bestsellers.

“We’ve reached a tipping point with the new price of Kindle – the
growth rate of Kindle device unit sales has tripled since we lowered the
price from $259 to $189,” said Jeff Bezos, Founder and CEO of
Amazon.com.

Amazon has just released an update to its larger Kindle DX reader, which features an upgraded e-ink screen that is even more like print.