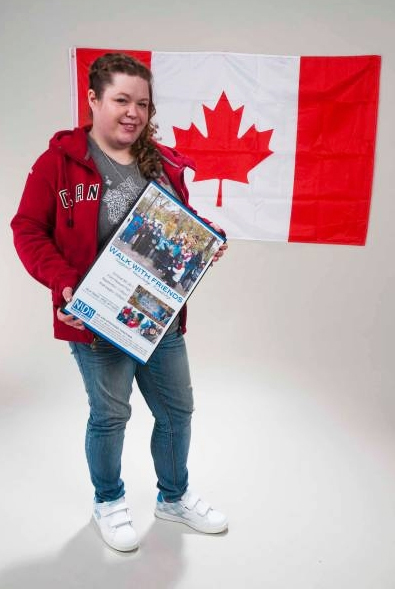 MacKenzie won her spot on Team Canada after capturing a Gold Medal in poster design at the 2011 Nova Scotia Skills Competition, held in April. It is the third time she has won Gold in the completion, having also reached the mark in 2010 and 2009.

With success in the 2011 competition, however, MacKenzie was destined for the International Abilympics in Seoul, because it takes place every four years. The Abilympics is a competition to showcase the vocational skills of people with disabilities. MacKenzie suffers from agoraphobia, an anxiety disorder that made her afraid of being outside or in a situation from which it feels difficult to escape.

In Seoul during late September, MacKenzie competed in the poster design competition against 25 other people from around the globe and took home 7th place.

“It was an amazing experience. I was the youngest in my area of competition but I just went in there and did my best – I’m happy with my result,” said MacKenzie. “I got to compete against people from Korea, China, Japan, Iran, Macau, Sri Lanka, Thailand, France, Taipei, Slovakia and Austria. How many people can say that?”

This was Canada’s first appearance at the Abilympics, which in 2011 welcome over 1,500 competitors from 52 countries.