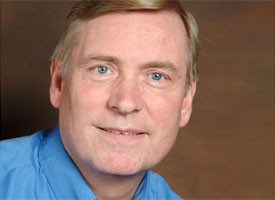 manroland web systems GmbH has announced the founding of its US sales and service organization called manroland web systems Inc. Roland Ortbach, most recently Vice President of commercial web press sales and technical product support, has been named the CEO of the new operation.
The new North American entity became officially active on March 16 and is a completely separate legal entity from manroland sheetfed, which is owned by Langley Holdings. The new organization will operate out of its existing manroland facility in Westmont, Illinois for the foreseeable future, says the parent company.
Roland Ortbach started his North American management career as Director of Operations with manroland in Canada in 1991. Ortbach joined Sears (part of the Miller Company in Canada) as a salesman in 1984.
“I could not be more pleased with our new corporate ownership, with our new organization, manroland web systems Inc., and with the opportunity afforded our team and me to serve our customers and the industry at large in North America,” said Ortbach.
Advertisement
Print this page