In February 2012, manroland sheetfed GmbH was created by U.K.-based Langley Holdings, a privately owned British engineering group, which purchased the sheetfed operations – including the Offenbach manufacturing facility and international marketing organization (present in over 40 countries) – of manroland AG. 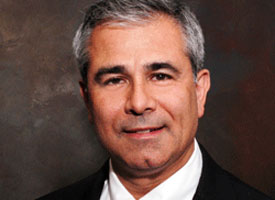 “We were driven to simplify,” stated Mugavero on news of his appointment. “By flattening our organization we dramatically improved internal efficiencies; thereby creating a new leaner, more responsive and empowered market facing organization to ensure our customers receive world-class products and services, with customer satisfaction as the key metric. In light of the economic challenges the market has faced in recent times, we believe a more engaged consultative approach will translate into helping customers make better strategic investment decisions and achieving better bottom-line results.”

The Executive Management Team for manroland sheetfed in North America is rounded out by Jon Surch, VP of Sheetfed Service Operations, responsible for all PRINTVALUE functions, parts, service, printcom and machine retrofits. Mugavero, meanwhile, has also accepted a position on the manroland Inc. Board of Directors.

“Michael had spent 22 years in the printing industry prior to joining manroland in 1992 and brings not only an understanding but an empathy for the challenges printers face,” says Gina Gigliozzi, Manager of Sales and Office Administration, for manroland’s Canadian operation based in Vaughan, Ontario.

“Over the years, Michael has always been very supportive of the Canadian Graphics community,” continues Gigliozzi. “He understands and appreciates the various nuances of doing business in Canada. We believe, under Michael’s leadership, both our customers and manroland will exceed business objectives and expectations.”

Mugavero began his graphic communications career in 1970, working part-time for a commercial printer while attending college. Fifteen years later, he was named President of the company, where he stayed for two and a half years, before taking an ownership position with a trade shop.

Three years later, in 1992, after the trade shop was purchased, Mugavero joined German press maker manroland as one of its North American sales representatives. By 1999, he was named the first regional General Manager of manroland Inc., responsible for the Northeast United States and Canada. He eventually worked for another press manufacturer for three years, before rejoining manroland in 2007. Until today’s appointment, Mugavero had been serving as manroland’s Vice President of Sales, Canada and Eastern United States.

Like Mugavero, Ortbach has close ties to Canadian printing, having started his management career as Director of Operations with manroland in Canada in 1991. Ortbach joined Sears (part of the Miller Company in Canada) as a salesman in 1984.