Uncategorized
ONLINEPRINTERS Group commits to Kodak on a mammoth scale 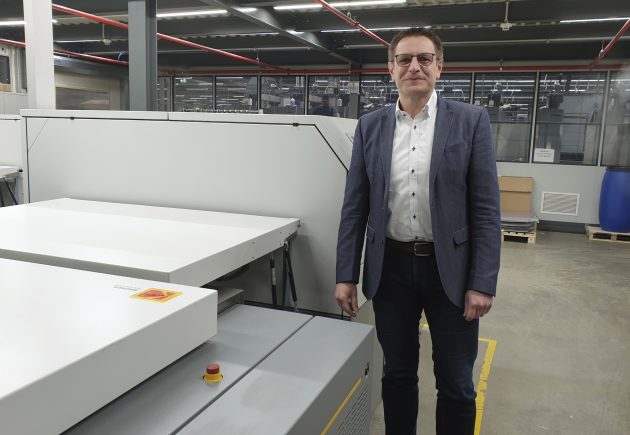 One of Europe’s biggest online print shops has become more efficient and more sustainable thanks to high performance CTP and SONORA Process Free Plates from Kodak. The ONLINEPRINTERS Group has its headquarters in Fürth (Germany) and serves more than a million customers in 30 European countries. The Group has been operating in the online printing business since 2004 and currently has production facilities in five countries, employing more than 1,500 highly qualified staff. In addition to the production plants in Neustadt an der Aisch (Germany), ONLINEPRINTERS also owns other online print shops producing independently in the UK (Solopress in Southend-on-Sea), Denmark and Poland (LaserTryk in Aarhus and Szczecin) plus a printing house in Spain (Copysell in Madrid). Today, the Group has 189 sheetfed offset printing units at its disposal, mainly processing 3B format (70 x 100 cm).

A potent combination in action
In the second quarter of 2019, ONLINEPRINTERS became a beta user of the new T-speed KODAK MAGNUS Q800 Platesetter with automatic plate loading from a Single Pallet Loader for pallets with a capacity of 1500 plates including slip sheets. Trial production with the KODAK SONORA X Process Free Plate began in parallel. 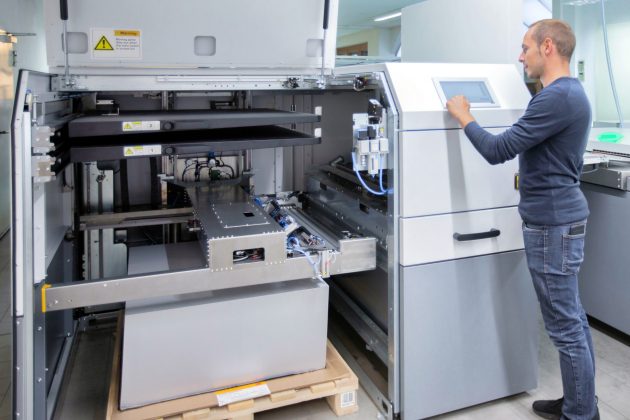 “Our greatest worry upfront was that the coating on the SONORA Plates would contaminate the fountain solution owing to the develop-on-press principle and clog the water pans or the filters. Fortunately, those reservations turned out to be unfounded. On the contrary, we were soon convinced by the quality and technology of the SONORA Plates and by the way they made platemaking dramatically easier. The plates run clean very fast on the press and we can print without any problems,” explains Jürgen Winkler, chief operations officer at ONLINEPRINTERS. The highly professional support from experts at Kodak during the trial and introductory phases, with an emphasis on partnership, also contributed to the positive experience. Winkler additionally mentions the sustainability effect of process free that comes with the elimination of the traditional plate processing: “Making the printing process more eco-friendly and more sustainable is an integral element of our business model. Many of our customers – the bigger ones in particular – demand that kind of commitment from us to improving the carbon footprint.”

A welcome speed boost
The T-speed MAGNUS Q800 Platesetter’s capabilities were extensively tested by the ONLINEPRINTERS Group, and this experience was a crucial turning point. “We started out imaging plates for four-colour presses and then moved on to eight-colour, always with an eye on productivity. Our average run length in offset is in the region of 2,400 sheets, so that a steady, rapid supply of plates is vital,” Winkler continues. “In the end, we operated four presses during our trials with just one MAGNUS because we wanted to see whether we could rely on it to handle 80 plates per hour. We were so excited when it really did output a plate every 45 seconds that we decided to migrate our entire CTP imaging to Kodak.” 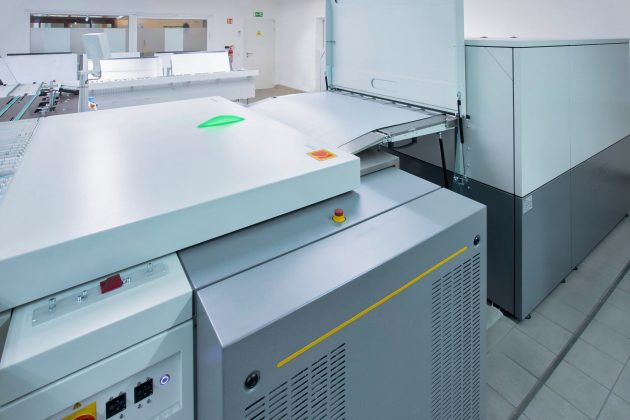 In the meantime, three MAGNUS Q800 Platesetters are in action at the ONLINEPRINTERS facilities in Neustadt an der Aisch, each of which is supplied with plates by a fully automatic Single Pallet Loader. They will be joined later this year by two more CTP systems of the same type, also with Single Pallet Loaders for 1,500 plates, which will replace the two remaining systems from another manufacturer.

The CTP equipment is integrated directly in the pressrooms, and apart from the occasional plate change, the whole process is unattended. The platesetters are positioned in the immediate vicinity of the presses, and the printers themselves get them to image any plates they require. One noticeable efficiency gain stems from the fact that there are no longer any plate processors in need of regular cleaning and maintenance. And Winkler estimates an annual cost saving of some 50,000 euros at the Neustadt sites now that the energy, water and chemical consumption associated with traditional plate processing has been reduced to zero. 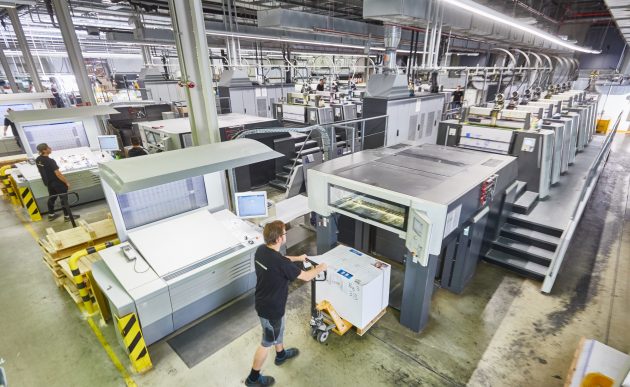 The newest generation of Kodak’s Process Free Plates, SONORA XTRA, has brought further improvements to the overall process. The image contrast is greatly enhanced, and the plate also enables higher speed imaging, more robust handling and optimized run lengths. The company switched completely to SONORA XTRA Plates in September 2020. Jürgen Winkler reports that the various feature enhancements have been confirmed in practical use, emphasizing that “the more intensive coating contrast allows more efficient plate handling and simplifies the final visual prepress check, which is enormously important for our printers.”

100 per cent process free in the Group
In view of their positive experience with Kodak’s CTP and process free technologies, there is no doubt about which direction the ONLINEPRINTERS Group will take in the future. The production sites in Denmark and Poland have already been equipped with new MAGNUS Q800 Platesetters and have likewise gone over to printing with the SONORA XTRA Plate while Solopress in the UK has long been a user of Kodak platesetters and process free plates. “SONORA Plates are meanwhile used for eighty percent of our production Group-wide. And in Spain, we’re looking right now at the best way to implement process free,” says Winkler. “Our stated objective is to produce 100% process-free throughout the Group in the course of this year with the SONORA XTRA Plate and automatic CTP solutions from Kodak.”