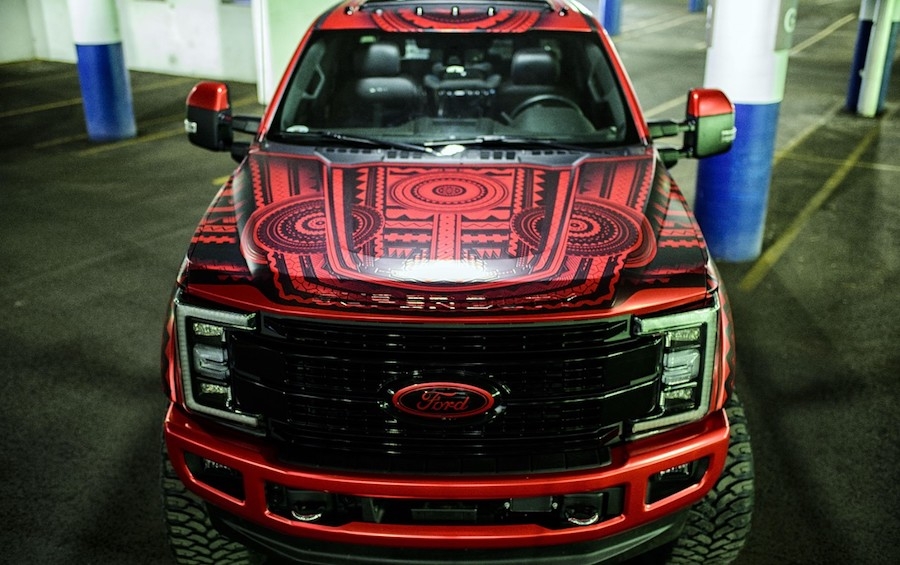 A panel of eight industry judges evaluated the submissions based on the visual transformation (difference between the before and after pictures submitted), quality and skill level of installation, overall public look and appeal and uniqueness of the design, and chose 10 Wrap Kings from North America and Europe. The regional winners would then go on to compete for the title of Continental Wrap King, and then King of the Wrap World at the 2018 SEMA Show in Las Vegas.

“We are insanely blessed to have a team of some of the best wrappers in Canada and we feel like the combined efforts of our members played a huge part in the success of this build. Each member gave a tremendous amount of time and effort and brought their own unique skills to the table and the results, we hope, speak for themselves,” according to a statement from Canadian Wrap Masters. “The inspiration for the design came from one of our members who, working alongside our designer, came to fruition entirely raw. The design was drawn by hand and meticulously converted to vector in Illustrator for both the print layer and the three graduated cut layers underneath the print. Nothing on this design is stock.”

The wrap consists of over 1,300 square feet of cut vinyl broken into three layers of embossing, followed by a printed layer of Avery Red Chrome with DOL1370z Satin overlaminate, Canadian Wrap Masters explains. Total design, production and installation topped out around 425 hours.

“Our biggest challenge was of course matching three layers of embossed material with the print layer above, as 85 percent of the truck is embossed. We hope you enjoy our wrap as much as we did bringing it to the wrap world,” Canadian Wrap Masters says.

This article was originally published in the November 2018 issue of PrintAction, now available online.