The Southern Alberta Institute of Technology held an open house on March 25 to demonstrate, with the help of student Alana Kim Nobel, its new Heidelberg Speedmaster 52 press to professionals of Alberta’s printing community. 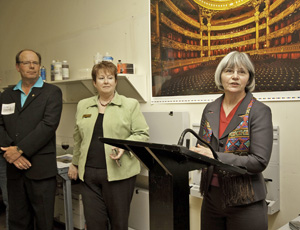 Willem Sijpheer, Chair of the school’s Journalism and Digital Graphics Communications (DGC) programs, told a thrilled crowd that the press installation is just one more step in the Southern Alberta Institute of Technology’s (SAIT) promise to become the premier polytechnic in Canada.

“One of the greatest challenges has always been to have equipment which is leading edge so that students get exposed to some of the environments they’re going to have in the work place,” said Marie Eveline, Executive Director of Ottawa-based Canadian Printing
Industries Sector Council, who attended the Calgary event. She said SAIT’s reputation across Canada has
definitely improved, while students from the program are “very enthused about our industry and possibilities of careers in our industry.”

The 4-colour, 20-inch SM 52 press, driven by a modern computer interface, is a big step up, said second-year student Mike Huynh: “I think by having new equipment like this they can be work-ready when they leave (their) institution. Most industry [workplaces] have 4-colour, 6-colour presses and this will prepare you for the industry. ” 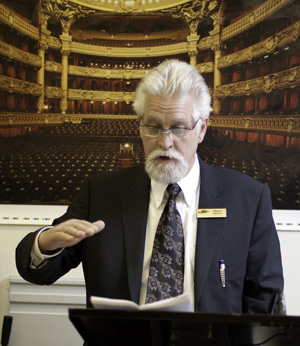 “It’s put our credibility quite high,” said SAIT’s Mo Keshavjee, about the presence of SM 52 press. “We produce graduates that work with the best equipment and so they can leave here and can go anywhere…in Canada and in North America.”

Gerry Federow, VP of the Alberta Graphics Arts Industry Network, said because of the new press the industry has become highly optimistic of the graduates and “highlights SAIT as one of the leaders in the graphic arts and communications program.”

He said the school’s reputation has increased in major cities like Toronto and others and believes will see more individuals looking to attend SAIT because of its attractive program.