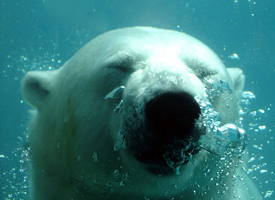 Saint-Félicien, a town of 10,500 people more than 200 miles north of Quebec City, receives the province’s first SIGNARAMA franchise, operated by Gaston Rathee and linked to a production centre in Saguenay.

SIGNARAMA describes itself as largest signs provider in the world with 900 franchises in more than 50 countries.

Saint-Félicien is situated in Saguenay within the Lac Saint-Jean region, which is seen as a gateway into the vast wilderness of Northern Quebec. Saguenay is a city of around 150,000 people.

“[This] is a stepping stone in the signs and communication industry in Quebec,” said Pierre Lachapelle, President of Gestion PER-LAC, master franchisor for SIGNARAMA in the province. “As a matter of fact, this business model will help our franchisee to keep growing by expanding its market to a new area.”

Gestion PER-LAC itself operates three franchises in Quebec and Vice President Roger Perron states the group has an ambitious business plan to expand the network. “We wish to share our expertise of the signs industry with our franchisees in order to help them grow and thrive,” said Perron, who is also Co-President of Groupe BO Concept.

Saint-Félicien is also home to Zoo Sauvage, one of the largest zoos in the province of Quebec and well known around the world for its unique dedication to wildlife conservation of the boreal climate. The zoo was founded in 1960 on an abandoned fox farm.