xpedx, self described as the world’s largest distributor of printing papers and graphic supplies and equipment by revenue and volume, announced it will close its Canadian locations by the end of 2011. 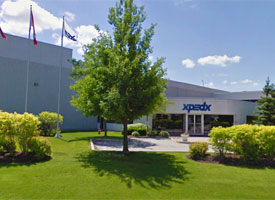 Based in Ohio, as the distribution arm of International Paper, xpedx established a Canadian presence more than four years ago, taking control of a 150,000-square-foot plant in Brampton, Ontario. (See PrintAction November 2007, The Emissary, xpedx Arrives in Canada.)

In 2009, xpedx acquired Gould Paper to expand its presence in Western Canada, with distribution centres in Vancouver, Calgary and Edmonton.

According to a company statement, xpedx will close its four Canadian distribution centres in Toronto and Western Canada by December 31, 2011, and walk-in store locations in Brampton and Markham by November 30, 2011. The closures will affect approximately 110 employees across Canada.

“The closure of our Canadian facilities is a reflection of the structural decline in the print marketplace,” stated Mary Laschinger, President, xpedx. “Going forward, our xpedx growth strategy will focus on our U.S. and Mexico operations where our business is strongly positioned as we serve a wide variety of customers across multiple industries.”

The company’s statement points to its “solid customer base” in the U.S. and Mexico, where xpedx plans to continue investing in its print, packaging and facility solutions segments.

“We recognize this is a very difficult decision affecting our employees, their families and the communities surrounding our Canadian facilities,” stated Laschinger. “Despite the talented and experienced team of employees we have across our Canadian locations, the abundant supply and significant decline in the print marketplace made it difficult for xpedx to grow in Canada.”