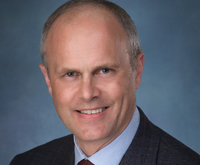 xpedx Canada is the new master distributor for Tokyo-based Ryobi Ltd. in Canada, which was formerly handled through manroland. The parent company of xpedx, based in Ohio, has been distributing Ryobi presses in the United States for 34 years.

The Tokyo-based press maker recently introduced a new LED-UV curing system for its presses, as well as a new inline casting and foiling system for specialty printing. Ryobi claims its LED-UV system was the first curing unit that replaces conventional UV lamps, with what the company calls long-life UV light-emitting diodes. xpedx claims this type of curing system – also employed by the likes of Mitsubishi on its DIAMOND series – cuts power consumption in excess of 70 percent. The LED-UV unit is also available on the 2-up RYOBI 520 series and the 8-up RYOBI 920 series.

Ryobi parts fulfillment for printers in Canada will be done through xpedx’ Memphis distribution centre.