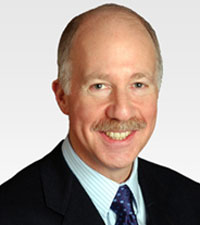 Jacques Mallette is resigning as CEO of World Color a week after the company’s CFO, Jeremy Roberts, announced he will step aside. The Montreal-based company is to be led by former R.R. Donnelley CEO, Mark Angelson, who was appointed as Chairman of World Color in June 2009.

Mallette and Roberts played a major role in steering World Color’s previous entity, Quebecor World, through a year and a half of bankruptcy protection, which ended in late July 2009. Mallette, who served as the CFO of Quebecor for many years, was named the company’s CEO in 2007 after Pierre Péledeau stepped aside to lead Quebecor Media and that organization’s parent company, Quebecor Inc., which no longer has financial or structural ties to World Color.

A month before Quebecor World’s emergence from bankruptcy protection, before taking on the World Color name, the company revamped its board and named Mark Angelson as non-executive Chairman. Angelson was CEO of R.R. Donnelley (RRD) between 2004 and 2007, after growing that Chicago-based company into the world’s largest commercial printer through a series of mergers and acquisitions, including the January 2003, US$1.3 billion combination of Moore Corporation Limited and Wallace Computer Services. That move was orchestrated between Angelson, heading up Wallace at the time, and Robert Burton, who led Moore. This Moore Wallace entity was then merged with RRD later the same year – November.   Burton was also heavily involved in the formation of Quebecor World when he helped to steer the 1999 merger between his California-based World Color organization and Quebecor’s printing division. Burton currently serves as the CEO and Chairman of Cenveo Inc.

RRD had presented a bid to purchase Quebecor World on May 13, 2009, but withdrew the offer in matter of weeks. The new board, with Angelson as its head, was then appointed June 23, 2009.   “My first priority will be working with our sales force to further strengthen our customer base. I will simultaneously lead an assessment of our operations and management and make recommendations to the board with a view to optimizing our business in the current challenging economic environment,” said Angelson, in a statement concerning his new appointment. “I intend, together with our talented employees, to move World Color forward with a new sense of urgency.”