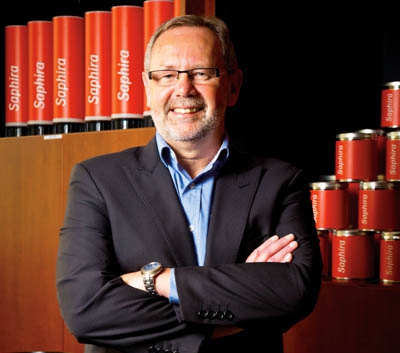 Richard Armstrong, who had led Heidelberg Canada as President for the past 14 years, is set to retire at the end of March, inline with the completion of the company’s fiscal year. He has been active in the Canadian printing industry for close to 30 years.

Armstrong spent 18 years of those years with Heidelberg Canada, serving the first four years there as Vice President of Customer Service. He was instrumental in establishing new revenue streams for the press maker’s Canadian operation, through customer support, but primarily in terms of developing a substantial consumables distribution business.

Leveraging Heidelberg’s dominant position in pressrooms across Canada, Armstrong, both through acquisitions and distribution partnerships, developed a consumables network that was eventually mirrored across the printing world by Heidelberg’s other country-based organizations.

“It started in Canada and now it has become a major objective of Heidelberg to grow the consumables side of the business globally,” says Armstrong, who could not yet share details about future plans for Heidelberg Canada’s leadership.

Armstrong was also instrumental in helping to establish a dedicated building for Ryerson University’s School of Graphic Communications Management (GCM). He worked closely with Mary Black, then Chair of Canada’s only degree-level post-secondary program focused on printing and imaging, and a handful of industry leaders to raise necessary funding to have the building built on Ryerson’s downtown university campus.

The GCM building was eventually named the Heidelberg Centre based on the German press maker’s financial commitment to complete the funding needs. Last year, Ryerson GCM had more than 550 full-time students across all four years of the program, making it North America’s largest undergraduate program dedicated to graphic communications. Armstrong has also been a Director of the Canadian Printing Industries Scholarship Trust Fund for 13 years.

Heidelberg, with its enormous footprint across the country, has led much of the community development and technological innovation in Canadian printing over the past three decades, including Armstrong’s 14 years of leadership. “We have been fortunate to have great market share and fantastic customers. The team we have at Heidelberg Canada is amazing and it has been a real pleasure to work with all of them,” says Armstrong. “Heidelberg has been a great company to work for and I will really miss the customers and staff.”

Prior to joining Heidelberg, Armstrong spent a year with Transcontinental Printing as a Project Engineer to develop feasibility studies for the implementation of new printing technologies across its Canadian platform. He also spent five years with Maclean Hunter Printing as an Engineer Manager, which included helping the company consolidate three separate printing facilities, and a year with Southam Murray Printing in the same capacity.

Armstrong joined the printing industry in 1986 when he took on an Industrial Engineer position with Toronto-area book manufacturer Webcom Limited, where he worked the next three years. He previously worked with Canada Wire & Cable Limited and Athabasca Airways Limited.