Norm Beange, one of North America’s finishing experts, based on the innovative work produced by his Toronto company, Specialties Graphic Finishers Ltd., will be inducted into the Binding Industries of America’s Hall of Fame this June. 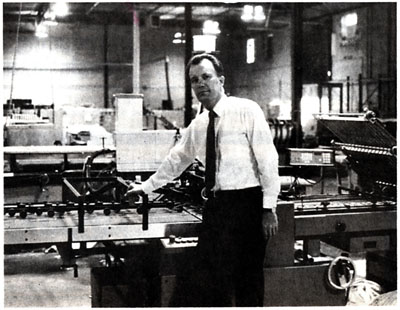 The Hall of Fame induction, according to the Binding Industries of America (BIA), is designed to perpetuate the lifelong careers of the people in the trade bindery, graphic finishing, and custom loose-leaf industry, recognizing them as a major influence bringing about positive change.

Beange continues as President and owner of both Specialties Graphic Finishers and Anstey Book Binding. Purchased in 2010, Anstey was founded in 1882 in Toronto and has since grown to become a high-end provider of bindery services and also developed its own line of stationery products.

During the Hall of Fame ceremony, taking place on June 4 during the BIA’s annual conference in St. Louis, Beange will be inducted with Jack Kavanagh of Kolbus America and Charlie Nichols (posthumously) from BindTech Inc.