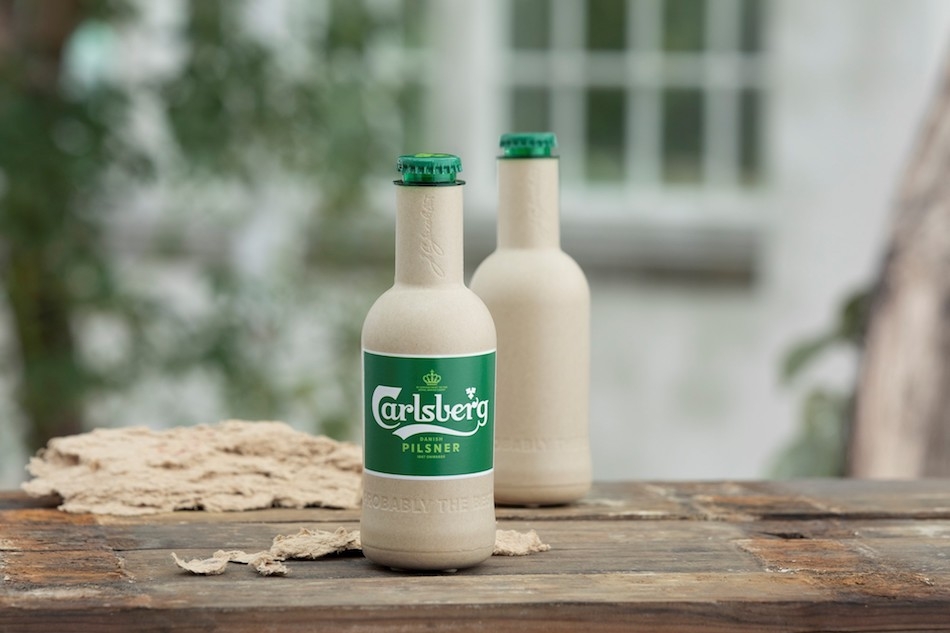 During the C40 World Mayors Summit in Copenhagen, Denmark, in October, the Carlsberg Group issued an update on its journey to create the Green Fibre Bottle, described as the world’s first ‘paper bottle’ for beer.

Two new research prototypes were revealed — containing beer for the first time. The Group also announced it has been joined by other global companies that are united in their vision to develop sustainable packaging through the advancement of paper bottle technology.

These developments are a continuation of Carlsberg’s sustainable packaging innovation journey and a part of its sustainability programme Together Towards Zero, including its commitment to zero carbon emissions at its breweries and a 30-percent reduction in its full-value-chain carbon footprint by 2030. 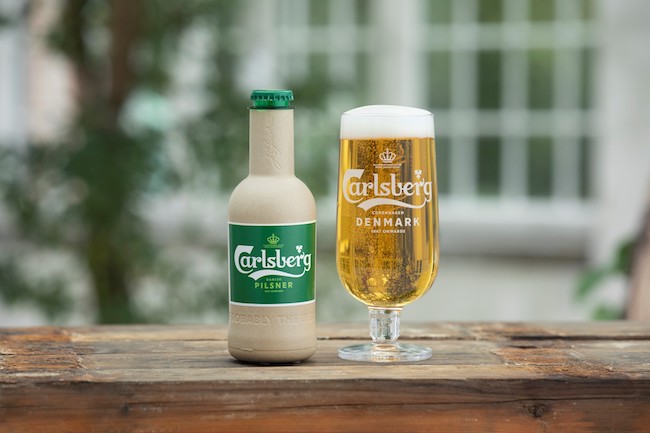 During the update, Carlsberg unveiled two new research prototypes of the green fibre bottle, both of which are made from sustainably sourced wood fibres, are fully recyclable and have an inner barrier to allow the bottles to contain beer. One prototype uses a thin recycled PET polymer film barrier, and the other a 100-percent bio-based PEF polymer film barrier. These prototypes will be used to test the barrier technology as Carlsberg seeks to develop a 100-percent bio-based bottle without polymers.

Carlsberg first began developing a bottle made from sustainably sourced wood fibres, the Green Fibre Bottle, in 2015 alongside EcoXpac, packaging company BillerudKorsnäs and post-doctoral researchers from the Technical University of Denmark, supported by Innovation Fund Denmark. The combined efforts have resulted in the emergence of paper bottle company Paboco, a joint venture between BillerudKorsnäs and bottle manufacturing specialist ALPLA.

Sustainable packaging innovations for alcoholic beverage brands is not new. In 2018, Carlsberg launched a number of sustainable packaging alternatives, including recycled shrink film, greener label ink and the Snap Pack, which replaces the plastic wrapping around its six-packs with a solution that instead glues the cans together. In December 2018, Corona announced it will pilot plastic-free six-pack rings in select markets as part of its commitment with Parley for the Oceans to support eco-friendly packaging. Meanwhile in April 2019, Diageo, British spirits company and owner of Guinness, announced a £16-million (C$28-million) investment to remove plastic from its beer packaging.

“We continue to innovate across all our packaging formats, and we are pleased with the progress we’ve made on the green fibre bottle so far,” says Myriam Shingleton, Vice President Group Development at Carlsberg Group. “While we are not completely there yet, the two prototypes are an important step towards realizing our ultimate ambition of bringing this breakthrough to market. Innovation takes time and we will continue to collaborate with leading experts in order to overcome remaining technical challenges, just as we did with our plastic-reducing Snap Pack.”