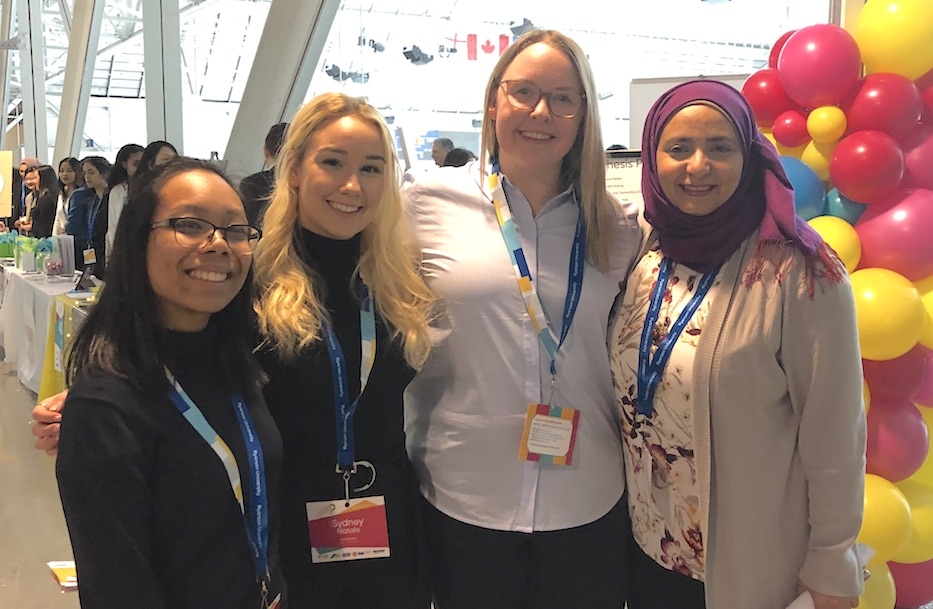 Despite being a traditionally male-dominated industry, the print world is not shy of successful women.

After nearly 15 years spent working at various printing companies, Janis Parker was involved in a serious car accident on her way to a press approval in 1994. During her recovery, her father, the now-late Frank Parker Jr., asked if she would be interested in bringing her sales experience to Parker Pad & Printing – the family business founded by her grandfather in 1946 – as she looked for a way to recuperate without having to drive. In 1997, she began the gradual purchase of the company from her father, and the deal concluded in 2007. With Janis at the helm as President and Owner for more than a decade, Parker Pad & Printing went from doing around $3.5 million a year in revenue to $15 million a year in revenue, complete with growing direct mail and packaging divisions.

“The only thing I’ve always found a little troublesome is [the notion that] I couldn’t have done well without my father. Certainly that goes hand in hand, but I’m bright enough to get a university degree and I’m bright enough to grow the business,” she says. “When my dad passed away, I got a couple of pretty interesting emails saying, ‘Now that your father is no longer around to advise you, would you like some help taking care of the business?’ and I’m thinking, ‘I’ve been running the business for the last 10 years, but thanks anyway.’”

She believes the biggest barrier for young people entering the industry, irregardless of gender, is the reinvention of print. “It’s not anything most people are going to tell their children to make their career. I think there’s some upswing now but there’s never going to be as many people working in the printing industry as there were in my dad’s heyday,” she says.

More women are joining the print and graphic arts disciplines as they become increasingly creative fields, according to Reem El Asaleh, Associate Professor at Ryerson University’s School of Graphic Communications Management (GCM) in Toronto, Ont. She recalls her lab classes in 2012 as being a 50/50 percent male/female split; last semester, one of her lab classes consisted of 23 female students and only two male students. “There will be more women in the printing industry, I can see that just by looking at the number of female undergraduates [enrolled] in our program alone.”

She believes the move toward a more artistic industry – combined with technological advancements such as Industry 4.0 connectivity and augmented reality – is more enticing for women. The next step to building a more gender-inclusive workplace, she suggests, is to increase the support for women through measures such as: Lessening the gender wage gap, promoting women into leadership positions, implementing work-life balance initiatives, and targeted recruitment efforts.

Team members from Metropolitan Fine Printers (above) and Renaissance Printing (below).

“I found it was a bit of a ‘boys’ club’ [when I first started] and it was hard to crack some of the larger accounts,” MacKinnon says. “But as the world changed and as more women became [print] buyers, it became easier to get in. I’m very tenacious, so if I knew there was a gold nugget in that account, I would continue working and break through.”

She points to the supportive culture at the family-owned business as a guiding light. “Within the organization itself, I had a lot of male mentors because there were no females, and they treated me well and encouraged me…and we worked [together] as a team. I still have that team support [today].”

MacKinnon finds excitement in reconnecting with clients she worked with in her early career. Regardless of changes in their lives, such as starting families or joining different organizations, she says old clients still connect with her after many years.

“I really love print. It’s never the same day twice and you’re always creating something. Every client has different needs, so it’s quite the exciting industry,” she says. “The world will always need print in some fashion.”

Lauréanne Houde-Blais, now six months pregnant, serves as Strategic Director for Précigrafik, a Sherbrooke, Que., print shop founded by her father Gilles Blais more than three decades ago. Women becoming mothers in any occupation, she says, can often lead to additional pressures and barriers to their professional life.

“That said I am a firm believer that the only barriers we encounter are the ones we create for ourselves and it’s not a question of gender. It happens to everyone,” Houde-Blais says. She believes the print environment is slowly evolving away from being a “one-woman show” and becoming more team-oriented, thus creating a more cohesive and diverse environment.

“I feel like men in the past have been putting pressure on themselves to run the show and I feel like as a woman, I don’t see it like that,” she says. “You play as a team, so as long as you’re well surrounded, I am confident. That’s just the new way to do it.”

Précigrafik’s executive committee is made up of three women and three men. “Even on our production floor and within our sales and graphic design departments, our employment is very [evenly split],” she says.

Trudy Hunter began her career at Renaissance Printing (formerly Ironstone Media) in 1988, creating pages for customers in the composition department, before taking on various positions in production, quality control and strategic planning, and supervisory roles until her current position as Vice-President of Operations.

Based in Pickering, Ont., Renaissance Printing in early 2017 became a new Toronto-area printer under the ownership of Annex Publishing & Printing. The company was formed after the purchase of the remaining primary assets from Web Offset Publications’ receiver. Annex is the parent company of PrintAction and Canada’s largest business-to-business media company, with 60-plus B2B brands.
Hunter says she has seen more women working alongside her as she has moved up through the company.

“When I started in the industry, there was a lot of ‘old perspective’ that any [women] coming in should be in secretarial or clerical roles,” she recalls. “They wouldn’t give them the credit [for] the technical knowledge or the training they may have, but I don’t really see that anymore.”

The physical nature of the plant production environment has historically resulted in a very male-dominated workplace, Hunter says, “but now that [print] is very digital and creative…these [traits] are suited to women — but not just women.” The industry is much more inclusive to both women and men now, she says.

Hunter advises all women planning to enter the print industry, whether they are training for technical knowledge, or operations and production planning to “stay the course” if they do encounter gender barriers and biases. “That’s what I did. If I had men in my path who might have doubted my competency, I just stuck with the facts, stuck with [my] technical knowledge and proved them wrong. Proceed with the path you want to pursue.”

She says print will grow as an industry as companies continue to promote inclusivity for both female and male employees. This includes improvements in the recruitment process for employees in the business to ensure fair hiring opportunities. “We need to prove to these people coming into the industry that it’s different than it was, that [print] is still going to be around.

“I do believe print isn’t going anywhere. Print is changing but it’s not diminishing quite like they said it was going to several years ago. It’s a different feeling to pick up a book or a magazine than it is to read on a [screen].”

This feature was originally published in the May 2019 issue of PrintAction, now available online.