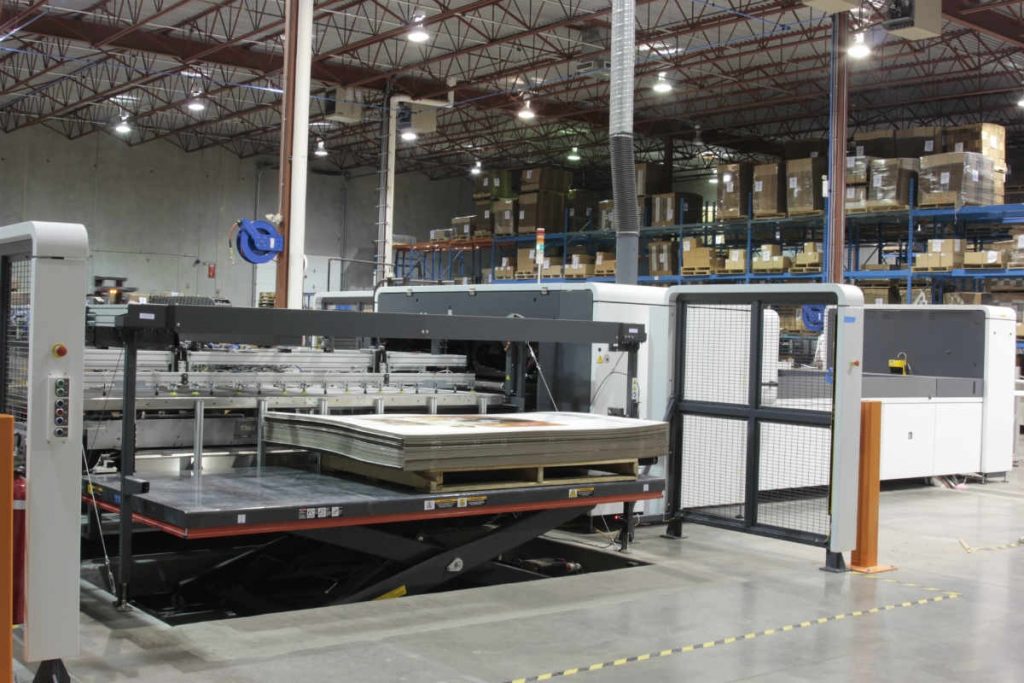 Ideon Packaging of Richmond, BC, is leveraging a new HP Scitex 15500 corrugated press first installed in September 2016. The packaging printer started as a brown box supplier, but is differentiating itself in the market with the HP Scitex digital press to create point of purchase displays.

Ideon explains the move toward digital printing technologies is largely based on the movement toward customization in packaging, including its growing Point-of-Purchase (POP) display business. The company, which has been in the packaging industry for more than 15 years, rolled out the HP Scitex 15500 press as an upgrade from a previous HP large-format printer Ideon had used since 2012.

Just a few months ago, the company expanded into an additional 20,000-square-foot facility dedicated entirely to meeting the demand for digitally printed corrugated boxes and POP displays.

“We’re seeing a major trend toward digitally printed displays in the point of purchase area,” said Rick Van Poele, President and CEO at Ideon. “With digital, we are able to design and deliver a highly customized mock-up POP display before we even meet with the customer, so it’s completely ready for them to see when they come in. Sometimes we’re even able to send them a sample display as a surprise.”

Van Poele explains Ideon is highly focused on customization and differentiation through its digital printing platform. He continues to point out that tetail brands, particularly in the food and beverage industry, are looking to surprise, delight and engage their customers with POP design and incredible full color graphics. Some of Ideon’s biggest customers include both large and small beer and wine labels throughout Canada and the Northwest United States.

“Most brands have realized package design needs to be dynamic to entice consumers, but many are now realizing that the concept has to extend to a memorable and unique POP display in order to engage with consumers on a personal and emotional level,” said Van Poele, adding that millennials consumers in particular gravitate toward unique displays.

Since moving to digital printing less than five years ago, Van Poele said Ideon has doubled its business and now employs about 100 staff to continue to meet growing demand. The new investment in HP Scitex technology, he said, is helping its customers transition into short-run digital printing, whether that is 50 or 500 displays.

“A lot of the business we are picking up today, these are customers who weren’t buying displays at all,” he said. “Ideon created a market and got people excited because of the digital side of the business”

Van Poele explains that Ideon’s graphic and structural designers constantly look for different ways to reinvent POP displays, including experimenting with moving parts and flashing lights. “Ultimately, retailers need to explore new ways to get their products to stand out.”