Québec City-based La Pub Express has expanded its focus on display graphics with the installation of a Fujifilm Acuity Advance inkjet system, which is driven by a ColorGATE RIP. 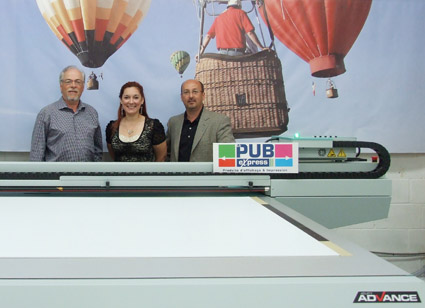 Marc Jacques, owner of La Pub Express, commented that he chose the Acuity because of its variable-dot head technology, as well as the ability to jet white ink and print directly onto rigid substrates. Jacques also commented his decision was influenced by Fujifilm having local sales and technical services in Québec City.

Founded in 1993, La Pub Express produces display applications like vehicle wraps, banner, pop up, 3D lettering and panels, as well as a finishing solutions such as lamination, binding and stapling.