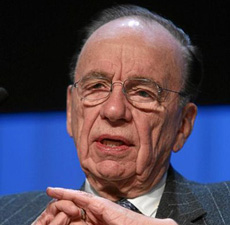 Grant Robertson of The Globe and Mail reports on media mogul Rupert Murdoch’s view that Google Inc., by way of its search function, is a “plagiarist” when it comes to linking newspaper articles through Google News.

As Chairman of News Corp., Murdoch, over the past year, has clearly been the most vocal
newspaper-publishing executive to express new visions for the
struggling print sector.

According to Robertson, Murdoch is preparing to pull his key newspaper assets – The Wall Street Journal, the New York Post and The Times of London – from the search engine, stating he would prefer less traffic in favour of paying subscribers.