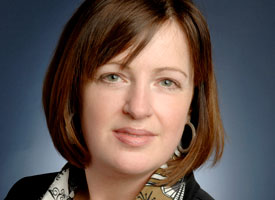 Shapansky was most recently the Chief Financial Officer and Chief of Staff for Xerox Canada, a role she has held since 2002. She has been with Xerox since 1985. In her new role as President and CEO, Shapansky will lead Xerox’s team of 3,600 employees which generates revenues of over $1.2 billion.

“Xerox Canada has an outstanding history of leadership. During his tenure, Kevin Warren was able to grow annual revenue during a very challenging economic period,” said Russell Peacock, President of Xerox North America. “Mandy’s lateral thinking in the area of corporate finance has made Xerox Canada one of the top performing operations in the Xerox world. Her appointment to CEO will allow her to expand on this vision of growth.”

Shapansky holds a bachelor of arts degree in economics from the University of Waterloo and is a chartered accountant. She serves on the board of Altruvest Charitable Services and is a member of Financial Executives International Canada. She resides in Toronto with her husband and four children.