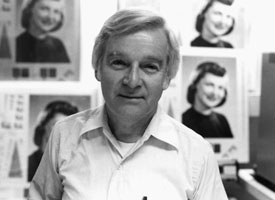 ECRM founder Dr. William F. Schreiber passed away suddenly in late September at the age of 84. His work helped usher in a new generation of graphic communications technology, both in print and on screen.

In his lifetime, he was awarded the Honors Award from the Technical Association for the Graphic Arts (TAGA), the David Sarnoff Gold Medal from the Society of Motion Picture and Television Engineers (SMPTE), the Gold Medal of the International Society for Optical Engineering (SPIE), and is a four-time recipient of the Journal Award of SMPTE. He was a devoted member of TAGA, an active member of the National Academy of Engineering, as well as SPIE, and a fellow of IEEE and SMPTE.

“2009 marked ECRM’s 40th year of service to the business communications industry and thousands of our customers which span the globe. Yet none of it would have become possible without the direct involvement of Dr. Schreiber,” said current ECRM President Rick Black.  “His passion and tireless dedication to electrical engineering and digital communications have elevated theories to concepts, and concepts to realities. We will never fully appreciate the impact Dr. Schreiber has had on the technological advancements realized in the last 50 years. And his influence is further appreciated in the tens of thousands of colleagues, educators, and students who will carry forth his teachings and ideas for decades to come. We’ve all benefitted from Dr. Schreiber’s work and yet we will never fully understand and appreciate how much.”