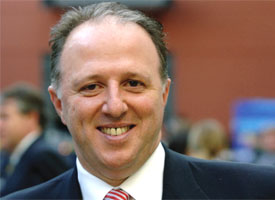 “This designation exemplifies consistency, commitment and the ability to be flexible in a changing marketplace. These qualities are what make St. Joseph such a great business success story and one of Canada’s 50 Best Managed Companies,” stated John Hughes of the Private Company Services group with Deloitte. The program has a system to re-qualify previous winners.

In 2009, St. Joseph Communications announced an initiative to build a 17-acre print communications campus at its headquarters in Concord, Ontario, emphasizing the growth from what began as a small Toronto-based printer in 1956. A press release pertaining to St. Joseph’s inclusion on this year’s 50 Best Managed list also points to the company’s launch of 20minutesupperclub.com, as well as expanded Web-to-print capabilities and its digital signage division, Alchemy.

“We are honoured to earn the top recognition of this prestigious award program, especially within a year that presented a unique set of challenges to the industry,” stated Tony Gagliano, Executive Chairman and CEO of St. Joseph. “To be recognized now for seven consecutive years is a testament to the partnerships we have formed with all our stakeholders and the talent and dedication of our employees across Canada.”

The winners of the Canada’s 50 Best Managed Companies 2009 award, along with Requalified and Platinum Club members, will be honoured at a gala in Toronto on March 8, 2010.