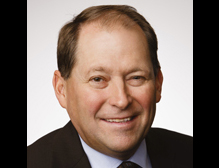 TC Transcontinental Printing today announced a multi-year agreement with Postmedia Network Inc. to print The Gazette newspaper, which is published Monday to Saturday, primarily for the Montreal market.

The contract with Postmedia Network is scheduled to begin in August 2014. The agreement was not predicated on TC Transcontinental making new capital investments, which is often the case when signing long-term newspaper-printing contracts.

“Given the current pace of change in the newspaper industry, this [new] agreement demonstrates the relevance of our printing platform and our ability to help publishers across Canada become more efficient,” stated Brian Reid, President of TC Transcontinental Printing. “We continue to benefit from our outsourcing offering as publishers express interest in our solution. We are actively pursuing additional outsourcing opportunities in the Canadian market.”

Reid also stated this new Postmedia agreement builds upon recent deals between the publisher and printer to produce both the Calgary Herald and the Vancouver Sun, which were first announced back in September 2013. TC Transcontinental began printing the Calgary Herald in November 2013, while the five-year agreement to print the Vancouver Sun is slated to begin in early 2015.

Parent company TC Transcontinental describes itself as the largest printer in Canada, as well as one of the country’s leading providers of media and marketing tools. The company has more than 9,000 employees and generated revenues of $2.1 billion in 2013.